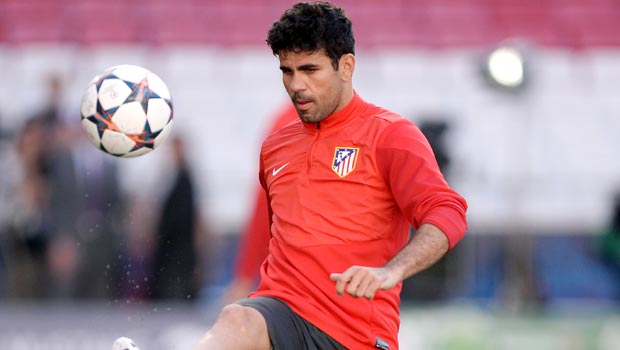 Spain international Diego Costa has said he will need to work hard to adapt his game to the Premier League when he completes his expected move to Chelsea after the World Cup.

The Atletico Madrid striker will complete a £30million-plus deal to Stamford Bridge having successfully agreed personal terms with the club and will lead the line for Jose Mourinho’s side next season.

Costa was in magnificent form for the La Liga Champions in the last campaign, scoring 27 goals in the league to help them on their way to an historic title.

The Brazilian-born Spain international has spoken of his delight at agreeing a deal with Chelsea, but the striker admitted that he will need to work hard to adapt his game to the Premier League.

“I’ve wanted to play in the Premier League for a while. Chelsea are one of the greatest clubs of the world so there are many factors that make you take a decision like this,” he said.

“I will have to work a lot to fit in with the style of the Premier League.”

Goals were the main issue at Chelsea last season, with the strike trio of Demba Ba, Fernando Torres and Samuel Eto’o failing to reach 30 strikes between them, but with the expected arrival of Costa the Blues are set to mount another challenge on the Premier League title.

The striker is currently involved with Spain at the World Cup in Brazil, but their tournament did not get off to a great start as they were defeated convincingly by Holland 5-1.

Despite this setback though the defending champions are still fancied to make it out of their group at a price of 1.86, with games against Chile and Australia still to come.