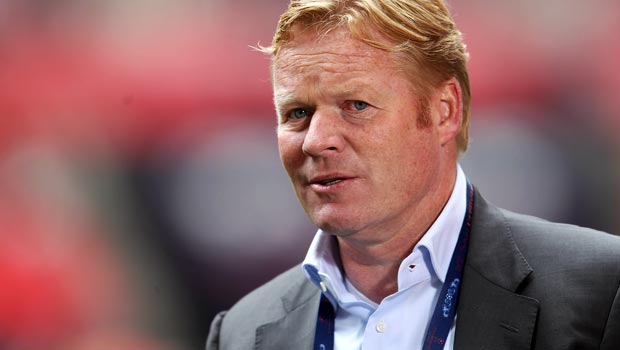 Southampton are on the verge of appointing Ronald Koeman as their new manager following the departure of Mauricio Pochettino to Tottenham Hotspur.

The Premier League side are expected to announce the arrival of the 51-year-old in the comings days having agreed personal terms with the experienced manager.

Koeman led Feyenoord to second place in the Eredivisie last season but left at the end of the campaign, bringing a three-year stint at the club to a close.

The former Dutch international will bring a wealth of managerial experience to the English side, having managed Vitesse, Ajax, Benfica, PSV, Valencia and AZ, whilst being assistant at Barcelona and Holland in the early stages of his career.

Many believe Koeman will be an excellent acquisition for Southampton and bring an attacking style of play to St Mary’s.

With Koeman’s growing reputation in football there is also the hope that the Dutchman will be able to persuade the likes of Adam Lallana, Dejan Lovren and Luke Shaw to remain at the club as the trio are all reportedly big summer transfer targets.

Southampton have already lost Rickie Lambert who moved to Liverpool for £4million, so it is imperative that the Saints confirm his appointment to prepare for the new season.

It will be no easy feat for Koeman though as he follows a man in Pochettino who was adored by the fans for his style of play. The Argentine led the club to an eighth-place finish in the league with a record points tally of 56 and Saints were at one stage also in a European spot.