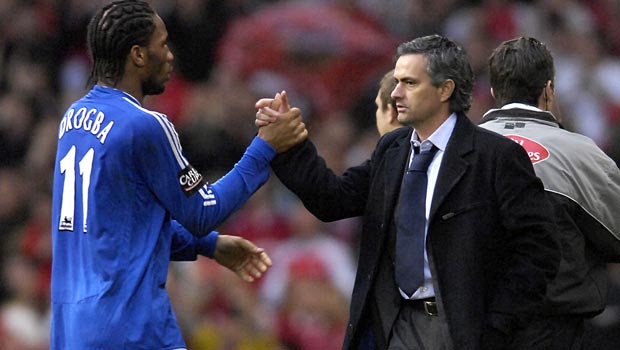 Drogba, 36, joined Chelsea as a free agent on Friday after leaving Galatasaray at the end of last season.

The Ivory Coast striker, who spent eight years at Chelsea and won 10 trophies between 2004 and 2012, has completed a much-anticipated move back to Stamford Bridge and signed a contract until the end of the season.

And manager Mourinho, who signed him from Marseille for £24million in 2004, insists he has come with the intention of winning more trophies and making history.

“He’s coming because he’s one of the best strikers in Europe,”
Mourinho told the club’s official webstie.

“I know his personality very well and I know if he comes back he’s not protected by history or what he’s done for this club previously. He is coming with the mentality to make more history.”

The powerful forward insists the winning mentality that made him a fans’ favourite at Stamford Bridge is still very much alive.

“It was an easy decision – I couldn’t turn down the opportunity to work with Jose again,” he said.

“Everyone knows the special relationship I have with this club and it has always felt like home to me.

“My desire to win is still the same and I look forward to the opportunity to help this team. I am excited for this next chapter of my career.”