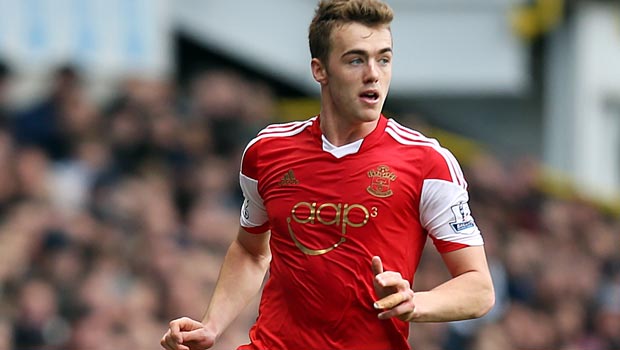 Arsenal are close to signing right-back Calum Chambers as Southampton continue to lose more of their first-team players.

Chambers, 19, reportedly underwent a medical on Friday ahead of a proposed £16million move to Arsenal.

The England Under-19 international made 25 senior appearances for Southampton last season which included 22 starts.

He was used predominantly as a right-back but the Gunners believe he will also provide cover at centre-back or further up the pitch.

The defender is set to become Arsene Wenger’s third summer signing after the arrivals of Alexis Sanchez from Barcelona and Newcastle right-back Mathieu Debuchy, who Chambers will challenge for the first-team position.

He is also the third young player to make the switch from Southampton to Arsenal in recent years, with the north London club also swooping for Saints youth products Theo Walcott and Alex Oxlade-Chamberlain.

Another Southampton player could be joining Chambers at the Emirates Stadium next season with boss Wenger reportedly stepping up his pursuit of midfielder Morgan Schneiderlin.

The Frenchman is the top target for the Gunners if they fail in their bid to sign Real Madrid and Germany midfielder Sami Khedira.

The news on both players means the exodus at Southampton continues following the departures of star players Adam Lallana and Rickie Lambert to Liverpool and Luke Shaw to Manchester United.

Their centre-back Dejan Lovren is meanwhile close to completing a £20million move to Liverpool and Tottenham Hotspur are believed to have made an enquiry over the availability of striker Jay Rodriguez, who scored 15 Premier League goals last season.