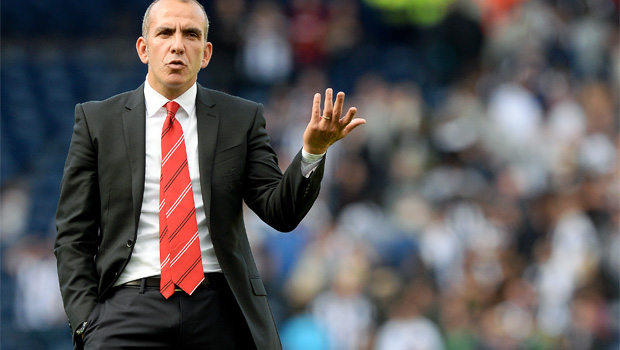 The pressure is mounting on manager Paolo di Canio following Sunderland’s dismal start to the season although he is convinced that he can turn around the club’s fortunes.

The Italian tactician arrived at the Stadium of Light last season to drag the club away from a relegation dog-fight with the promise of a brighter future for the fans after a summer of heavy investment.

Things though have not gone according to plan this term though with the Black Cats picking up just one point from their opening five games, that coming against Southampton.

Key decisions may have gone against them in a 3-1 defeat against Arsenal, but the abject nature of their 3-0 defeat at West Brom on Saturday has left little cause for optimism.

Di Canio stood in front of the travelling fans at the Hawthorns to perhaps suggest he would be sticking around for the long haul, although how much time he is given is yet to be seen.

The 45-year-old has insisted that it will take time for his raft of summer signings to gel together, although that is something that he may not be given, while he believes that a first victory could be the catalyst for a change in fortunes.

“If we keep going on a long bad run it will be difficult to gel together,” Di Canio said. “We need a good result. One good result can be the best medicine but obviously we need to be quick – and quick means Peterborough Tuesday and, on Sunday, Liverpool.

“One game, one win, will clean all the players’ brains from the problems they have now.

“The only way to find what you need is to work together.

“We have 14 new players and six or seven of those arrived in the last
20 days. Then we had international games and they didn’t meet each other until a few days ago.

“The only way, even if it is tough sometimes, is to stay together, meet each other, and work together.”

Sunderland host Peterborough on Tuesday before facing Liverpool, Manchester United and Swansea ahead of the first Tyne-Wear derby against Newcastle at the end of next month.