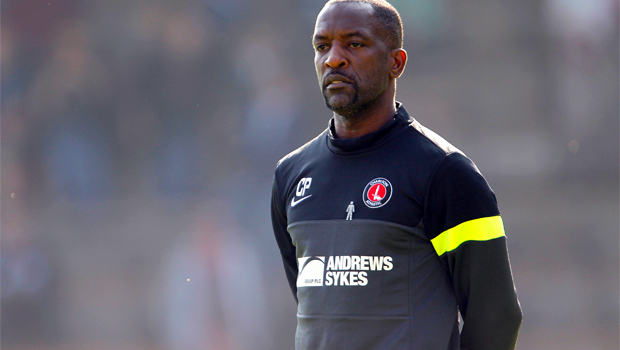 Chris Powell admitted Burnley’s strikers were the difference after Charlton suffered a 3-0 defeat at Turf Moor on Saturday.

Two second-half strikes from Sam Vokes followed up a 10th goal of the season from Danny Ings with the Addicks slipping to a third successive Championship defeat.

Charlton had contained their high-flying hosts for the majority of the opening period until Ings broke the deadlock eight minutes before the break.

And Powell admitted: “It was a disappointing afternoon for us in the end because we came here with a game plan and we set the team up right and it was working, we were in the game.

“A moment of quality from Kieran Trippier and Ings puts us on the back-foot then for half time, but we started the second half purposefully again. We had one or two situations and just when I was planning to bring on Marvin Sordell they scored a second goal and then we’re chasing it.

“I suppose then Burnley relaxed and played their stuff, and scored a third goal and the final result is disappointing for us.

“Obviously we are at the other end of the spectrum to Burnley at the moment. You can see they were playing with confidence and the result hurt us today. We are in a bit of a tough situation at present but we are going to fight our way through.”

Ings and Vokes now have 16 goals between them in the campaign with the Clarets reclaiming second in the table after Tuesday’s Valley visitors Nottingham Forest temporarily displaced them earlier in the day.

And Powell praised their contributions, adding: “The pair of them are in a good place and playing well. The whole team is playing with confidence.

“When it’s like that they almost go out there knowing they are going to score. That was a difference but I thought Simon Church acquitted himself well as did Marvin [Sordell] when he came on.

“Obviously we were 2-0 down then and Yann [Kermorgant], who is a key player for us, is not fully fit. I needed him. Vokes and Ings are two good players playing with confidence where we aren’t at present.”

Before the opening goal, and in a lively start to the second period, Charlton asked Burnley plenty of questions and on another day might have made it a more difficult afternoon for the Clarets.

And Powell, who praised the hardy 313 fans in attendance, noted: “The fans travelled a long way today and they obviously know how the game went.

“But when you have those moments in games – and when you are way from home they don’t always come – you have to convert those chances and really put the opposition on the back-foot. We need to do it for longer periods and unfortunately at present we are not.”

Powell’s preparations for the game were disrupted after skipper Johnnie Jackson picked up an injury in training late in the week, and the midfielder did not travel to Lancashire.

Chris Solly and Leon Cort (both knee) remained in South London while Kermorgant (ankle) could only contribute a brief cameo late on. And Powell revealed that midfielder Bradley Pritchard was replaced at half-time due to the effects of concussion.

“Yann’s not fully fit but I think people can see that I wanted to make a change late on,” added Powell.

“He is a danger, he is a warrior and a key player for us, but I have to be careful with him.

“We won’t be seeing Chris Solly in the immediate future, Leon Cort’s on his way back but I think we are looking at maybe after the international break and we also lost Johnnie Jackson to a training ground injury.

“He was nowhere near able fit today, and I very much doubt he will be fit for Tuesday and I don’t know about Saturday. Then I had to take Bradley Pritchard off at half-time as he was suffering from concussion,

“So already we are without three major players (Solly, Cort and Jackson), and we just don’t have the depth of squad here.

“It is what it is; it’s my squad. Of course you want to get Championship-hardened players, but if you can’t get them then you will have to use the squad you have got.

“The players are going to have to fight their way through,” he continued. “We are in amongst a number of clubs that are in a similar situations but all we can care about is ourselves.

“We are going to have to push and fight and earn our results. They have got to go out there and want to do well, but obviously it’s not happening for us at present.”