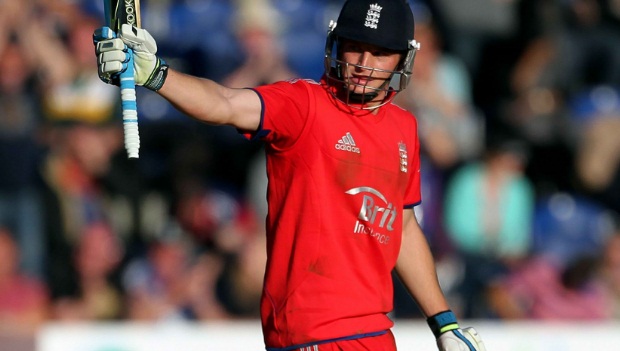 Jos Buttler is expected to complete a move to Lancashire after his departure from Somerset was confirmed as he looks to progress his career as a wicketkeeper.

The west country side revealed that the 23-year-old England man’s contract would not be renewed for next season with Somerset’s chief executive Guy Lavender confirming that Buttler’s desire to get more time behind the stumps was the main reason for his departure.

Somerset have 25-year-old Craig Kieswetter as their regular wicketkeeper and, despite Buttler being ahead of him in the pecking order with England, he has been used mainly as a batsman at Taunton this past season.

Therefore, after it was announced Gareth Cross would not be offered a new deal at Old Trafford with County Championship Division Two champions Lancashire, Buttler is being lined up as his replacement.

Lavender said: “Both Jos and the club have worked extremely hard over the last few months to find a solution which satisfies Jos’ understandable desire to have more time behind the stumps in order to advance his international career.

“I would like to make it clear that he has behaved impeccably during this difficult process.

“However, the club, on a matter of principle and pragmatism, feels unable to offer a guarantee to Jos – or any other player – of selection in their preferred role.”

Buttler added: “I am very sad to be leaving Somerset but feel it is a decision I must take in order to develop my expertise as a wicketkeeper.

“I am immensely grateful for all the help and support that everyone at Somerset has given me which has shaped the player and person I am today.

“I would like to wish the club the best of luck for the future.”

Buttler has been seemingly granted the role of first-choice keeper at Lancashire with Alex Davies in reserve, should he sign a deal with the Red Rose county, although Warwickshire have also been seriously linked with a move for the England man.