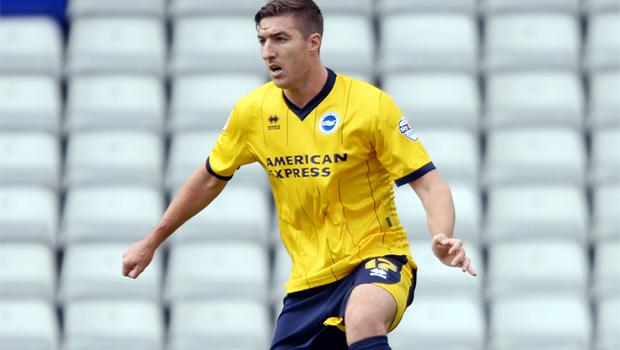 Stephen Ward has credited the entire Brighton and Hove Albion side for the excellent defensive record.

The Seagulls have kept three clean sheets in their last five games but the Irishman has applauded all the players for the impressive defensive displays.

Ward told seagulls.co.uk, “It is always nice to keep clean sheets and to be solid defensively, but that has not only been down to the back four. As a team we are getting to know how the manager wants us to play so we have become a solid outfit all across the pitch.

“Sometimes the best form of defence is attack. With the players we have going forward keeping the ball it has made it a bit easier for us at the back to keep the ball out of our own net.

“The one thing I have found since arriving here is that it has been nice to come into such an experienced back four.

“The lads have played a lot of games and have a wealth of experience behind them, and the centre-half pairing is one of the best in the league so to come into that has made my job easier.

“I can concentrate on my game as I don’t have to worry about what anyone else is doing, they are good enough and have been performing for years. Hopefully there is even more to come from us as a back four.”

Oscar Garcia’s side can extend their unbeaten run to seven games against Ipswich but Albion’s Irish full-back is warning against complacency.

“We are on a good run at the minute, six unbeaten, so it has been good because we have had some tough games and some really positive results.

“But we cannot rest on our laurels; we have to remain grounded as it is a long season and the good results can turn into bad ones quite quickly, so we have got to remain positive and keep doing our jobs properly.”