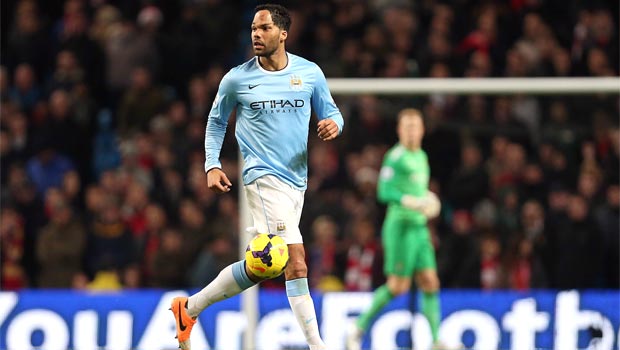 Manchester City boss Manuel Pellegrini says Joleon Lescott has an important role to play in his squad despite reports linking him with a move away.

Lescott is due to fall out of contract in the summer and will be available on a free transfer, but there have been suggestions he could leave in the January transfer window.

Both Tottenham and Newcastle have been heavily linked with a move for the 31-year-old, but so far Pellegrini says no approach for his services has been made.

“Not for the moment,” he said when asked if any bids had come in.

“Joleon Lescott is a very important player for us.

“I understand he finishes his contract in June here.

“We will see what happens in the future but for the moment he is still here and he is a very useful player for our team.”

Rather than leave on a permanent basis, a loan move has also been mooted, but again Pellegrini has played down such talk.

“At this moment, we are not considering,” he added.

“We will see in the future, during the transfer window, what will happen.”

City are also struggling for numbers in central defence as Martin Demichelis is currently injured meaning Lescott is the only senior back-up to first-choice pair Vincent Kompany and Matija Nastasic.

So unless a replacement is brought in first, Lescott’s departure looks highly unlikely.