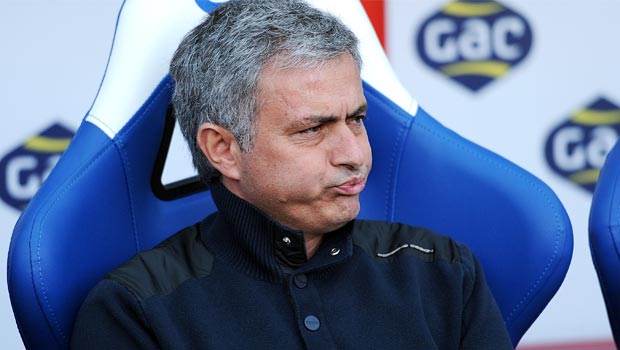 Chelsea boss Jose Mourinho has warned his side about facing Paris Saint-Germain striker Zlatan Ibrahimovic, but expects the Blues to bounce back from defeat to Crystal Palace in France on Wednesday.

The Chelsea manager questioned his players’ mentality after the surprise 1-0 loss at Selhurst Park on Saturday, which saw Mourinho’s men slip behind Liverpool in the Premier League title race.

But the Portuguese tactician insists that his team will rise to the occasion against Laurent Blanc’s star-studded squad at the Parc des Princes in the first leg of their quarter-final tie.

“Paris is the kind of match they feel comfortable to play. A big match, great stadium, opponents with top quality,” Mourinho told the Guardian.

The Chelsea boss remains confident in the face of playing a similar mega-rich club who are desperate to go further in the Champions League than last season’s run which saw them exit on the away goals rule to Barcelona in the last eight.

PSG, 2.02 to win on Wednesday, have not lost in 28 home European games and are currently on a club record-breaking run of nine straight wins in all competitions.

“They have some of the best players in the world playing together in the same team, so they are a very powerful team,” Mourinho added.

“They are big, big, big candidates.”

PSG striker Ibrahimovic is still trying to win the greatest prize in club football for the first time after leaving Mourinho’s Inter one year before their triumph in 2010.

But, at the age of 32, the Swede seems to be in the best form of his career with his tally of 40 goals in all competitions this season breaking the PSG club record.

If the consensus in England seems to be that Ibrahimovic always disappoints at the highest level, Mourinho, disagrees.

“I only coached him for a year but it was a good year, a good experience and I rate him as one of the best players I have ever coached,” he said.

With 10 goals in the competition already, Ibrahimovic is 5.00 with Dafabet to be the Champions League top scorer while Cristiano Ronaldo, who has hit 13 goals, is the 1.14 favourite.