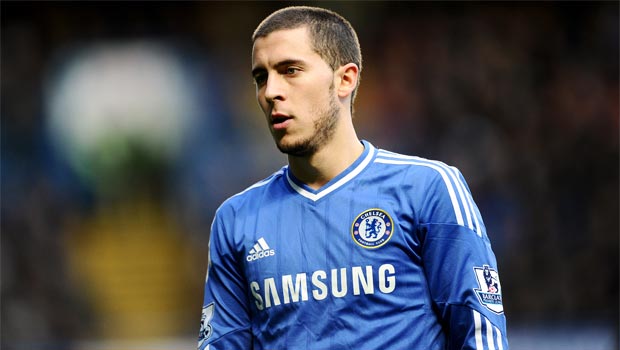 Chelsea playmaker Eden Hazard admits he doesn’t expect to get his hands on the Champions League trophy this season, but is confident his side can win the Premier League.

Hazard believes his side’s win at Manchester City earlier this month is proof that they can land the top domestic prize this season, despite manager Jose Mourinho playing down their chances following the victory at the Etihad.

Chelsea are the current pace-setters with 56 points, while City are two points further back and Arsenal have 55 points.

The Blues are also involved in the Champions League and face Galatasaray in the last 16, with the first leg set to take place in Turkey on February 26, but Hazard doesn’t think they will be able to repeat their 2012 European heroics this term.

“I don’t think we’ll win the Champions League this season because some teams are better than we are,” he told French daily L’Equipe.

“As for the Premier League, we’ll see. If we play all our games like we did at City, we’ll be champions.”

Hazard, who helped himself to a hat-trick in Chelsea’s 3-0 win over Newcastle at the weekend, also moved to praise boss Jose Mourinho.

The 23-year-old Belgian labelled the Chelsea boss as “the best manager in the world” and feel’s Mourinho’s record “speaks for itself”, with the Portuguese tactician having managed seven league titles in four different European leagues, as well as two Champions League crowns with two different clubs (Porto in 2004 and Inter Milan in 2010).