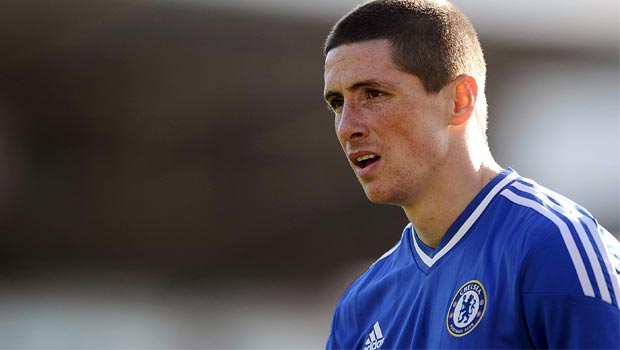 Fernando Torres looks set to be handed another chance to silence his critics with a place in Chelsea’s starting XI for the game against relegation-threatened Crystal Palace at Selhurst Park on Saturday.

The under-fire Spaniard, who looks certain to leave Stamford Bridge this summer, will be handed the task of leading the Blues’ attack in the wake of Samuel Eto’o’s absence with a hamstring injury.

Torres failed to find the back of the net in Chelsea’s 6-0 drubbing of Arsenal last time out, meaning the 30-year-old has now gone six Premier League appearances without a goal.

For Palace’s injury-hit strike force chances are likely to be scarce against a Chelsea defence that has conceded just eight goals in their last 20 games. Petr Cech has been back to his most confident behind a back four superbly marshalled by John Terry.

Chelsea’s meanness in defence has been particularly true in the first half of matches, where they have not conceded a goal in their last five. Palace, who will be without injured forwards Dwight Gayle and Marouane Chamakh, have not scored before the break in the same amount of games.

As well as Eto’o, Chelsea will be missing rumoured Liverpool target Ashley Cole through injury, while Ramires is suspended.

It would be a major surprise if Chelsea do not retain top spot in the Premier League after this weekend’s results.

Palace have not beaten Chelsea for over two decades, have picked up only two points from five matches and scored only once during that period.