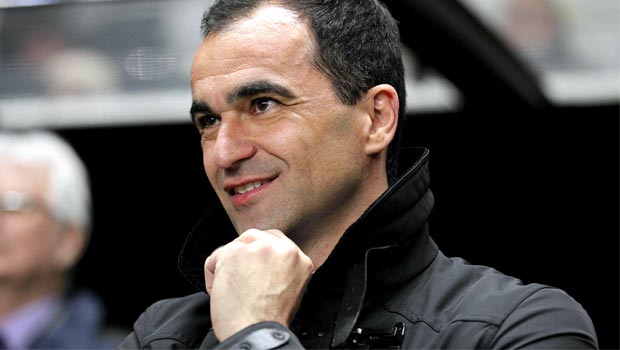 Everton boss Roberto Martinez admits it would be a “dream” come true if his side booked a place in next year’s Champions League.

A run of four straight Premier League wins combined with Arsenal’s dip in form has seen the Merseysiders move to within six points of the Gunners with a game in hand in the race for one of the coveted top-four places.

Everton will be expected to make it five wins from five when they travel to rock-bottom Fulham on Sunday and Martinez says he is excited by the new-found buzz around Goodison Park.

“I haven’t thought about managing in Europe yet,” said Martinez. “In May, it will be more relevant because all that matters now is how many wins we can get until the end of this season.

“I feel this season has been a real success in the way we have played. But I can’t look beyond the next eight games – that’s all that matters now.

“But it would be a real shame if we couldn’t take the work we’ve done this season into the next campaign, and the best way is to qualify for Europe.”

“The only focus is the next eight because being in Europe would be a dream next season.

“I’m excited by the expectations. It’s easy to work without any expectations. You need to develop them as the season goes on. But the fans are realistic as well and know we’re fighting against a very big challenge.

“We have four great home games left (Arsenal, Crystal Palace, Manchester United and Man City). We know anyone can beat anyone else and there will be a few twists yet, a few strange results. But they are all working with real desire, enjoying their football.”

However, Martinez, the mastermind behind many a shock during his time at Wigan, is determined to prevent any signs of complacency creeping in ahead of the Fulham clash.

“Fulham will make it very tough at home,” he added. “They had a real good win against Newcastle and have been a bit unfortunate in a couple of results at home.

“You look at their situation and know they have enough quality in the squad to get points off anyone.”