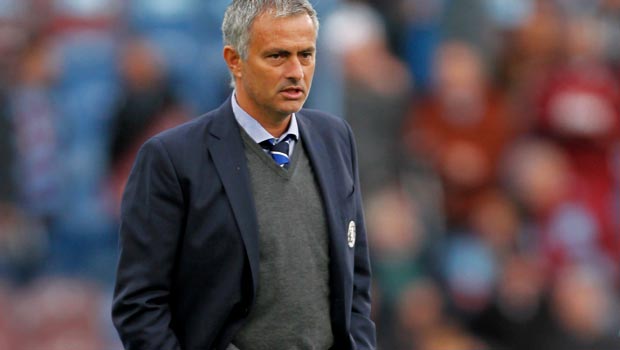 Chelsea boss Jose Mourinho believes his side now have the necessary quality to unlock teams who ‘park the bus’ against them.

The Blues were often left frustrated last season by teams who got 10 men behind the ball and made life difficult for them, with the likes of Norwich and West Ham coming away from Stamford Bridge with goalless draws.

Mourinho expects more sides to employ similar tactics against them this term and hopes his players are now ready to counteract anyone who decides to sit back.

The Portuguese coach has added Diego Costa and Cesc Fabregas to his ranks in the hope they will give his team different attacking dimensions, while he says they have been working hard in pre-season on unlocking defensive teams.

Chelsea’s first test of their new attacking capabilities could come against Burnley on Monday night, with the Clarets having the best defensive record in the Championship last season.

Mourinho is not worried though, claiming he expects to see more “quality” from his team this season.

“We need more quality in our football,” said Mourinho.

“When you have matches with space and time it’s much easier to play football.

“When you don’t have space and time because a lot of football is based around tactics and systems: in a very simple way, everything depends on space and time.

“And when you don’t have space and time to play, you need more quality.

“We are working exactly in that direction.

“We need more quality in our game, and we are working on that.

“We have worked on exactly that in training, expecting a team to be defensive and try to close every road to goal.”

Chelsea are 1.36 to begin their season with a win at Burnley on Monday, with the newly-promoted side 9.94 to spring a surprise on their return to the Premier League. The draw is 4.67.