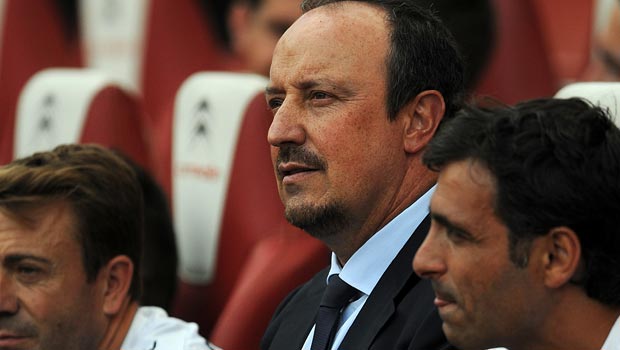 The Spaniards travel to Naples for the first leg of their qualifying clash on Tuesday with Napoli the favourites at 1.60 to reach the group stages of the competition.

The Partenopei finished third in Serie A last season and won the Coppa Italia, while they were also very unfortunate not to progress from last term’s Champions League group stages having collected 12 points.

Napoli have added Kalidou Koulibaly and Michu during the transfer window in an attempt to improve an already-impressive squad.

In contrast, Bilbao finished fourth in the Primera Liga last season while they have lost one of their key men this summer after Ander Herrera opted to join Manchester United.

Bilbao are 2.42 to come through their qualifying tie with Napoli but Benitez says the Basque outfit cannot be underestimated.

“We will face a great team and the second leg will be in an incredible (San Mames) stadium,” Benitez told Spanish newspaper Marca. “The (San Mames) crowd is like their 12th man.

“Athletic’s strongest weapon is the group, with players who have been together for many years and have the support of a city that never loses its passion.

“I respect Athletic Bilbao a great deal, but I trust my Napoli.

“We have players who came in late from World Cup duty, like (Argentinian striker) Gonzalo Higuain, and new players that have yet to adapt to the team but I’ve seen positive signs.”

Despite highlighting the danger Bilbao pose, the former Liverpool boss remains confident his team can join Juventus and Roma in representing Serie A in the Champions League this season.

“My team arrives ready for this tie,” the Spaniard added. “We have the right mentality and we too can count on great passion.”