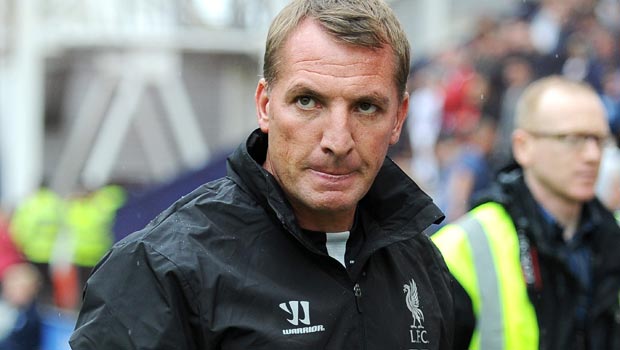 Liverpool manager Brendan Rodgers has revealed he wants to sign another striker before the transfer window shuts later this month.

The Reds boss has had to cope with the loss of last season’s top-scorer Luis Suarez this summer, the Anfield club deciding to sell the Uruguayan to Barcelona for £75million.

Liverpool have spent heavily in their quest to try and replace him, with Rickie Lambert, Lazar Markovic, Adam Lallana and Emre Can bolstering Rodgers’ attacking options.

Despite having a wealth of attackers at his disposal, Rodgers feels he needs another out-and-out striker, with his side currently relying on Daniel Sturridge.

The England striker was on target for the 36th time in 50 matches for the Reds at the weekend as they beat Southampton 2-1 at home.

While Rodgers is delighted with the 24-year-old’s form in front of goal he says he wants someone who can challenge Sturridge for his starting spot to join the team before the transfer window closes.

“I do still think we need another striker,” Rodgers said. “It is something that we will look at but that will depend on the availability of one. Sunday was about winning and we got there.

“So we will search for that through to the end of the window but you see the players, the quality that we have.”

Liverpool have been linked with a host of strikers this summer, including Radamel Falcao, Samuel Eto’o and Edinson Cavani this summer but have made little progress in their quest to sign a new hitman.

The Reds will need to move fast if they are to sign a new striker, with just 12 days left before the transfer window shuts.

The Merseysiders play twice before then, with a trip to Manchester City to come next weekend. Liverpool are 4.20 to defeat last season’s champions, with City 1.86 and the draw 3.40.