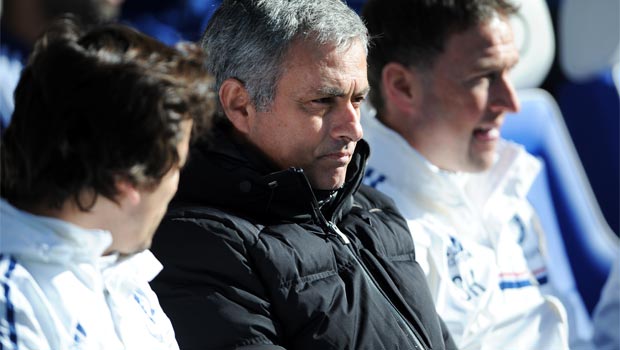 Chelsea secured a 1-1 draw at Galatasaray on Wednesday but boss Jose Mourinho feels they would have come away with a win had they made the most of their chances.

Chelsea left Turkey with an encouraging 1-1 draw in the first leg of their Champions League last-16 tie but Mourinho was disappointed with his side’s finishing.

The Blues took an early lead through Fernando Torres, who slotted home an Eden Hazard cross following a Chelsea counter. Mourinho’s side then dominated the opening 45 minutes but couldn’t produce another goal, and Gala made them pay in the second period.

Defender Aurelien Chedjou found himself unmarked on the six-yard line as he fired home Wesley Sneijder’s corner on 64 minutes and Mourinho felt the equaliser was avoidable.

The Portuguese boss, however, believes Chelsea should have put the game to bed before Chedjou’s strike although he conceded a 1-1 draw in Turkey is a good result.

He said: “Some other teams have three chances and score three goals. We have five and score one.

“This is not a criticism of the strikers, like sometimes people think. It’s just in this moment the profile of the team we have.

“We create but we arrive in the last third of the pitch and the last decision, the last choice, the correct pass, the right movement, is something that is not right at the moment. We are not a team who kills opponents.”

He added: “They got a very acceptable result in a stadium where it’s difficult to play and difficult to win. I think they did a good job.

Chelsea host Galatasaray on March 18 in the second leg and should be confident of going through to the quarter-finals after picking up an away goal in Turkey.

Mourinho’s side are also battling for domestic glory and they currently top the Premier League although Manchester City are three points behind with a game in hand.