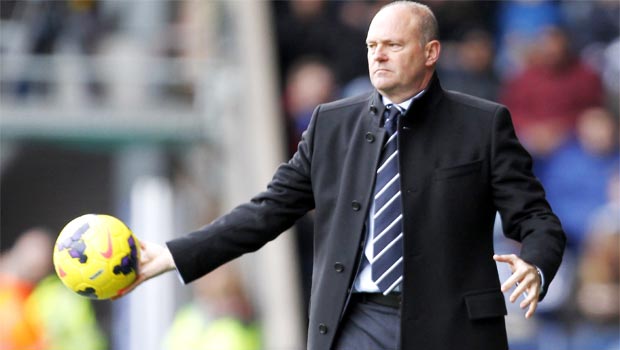 Pepe Mel is already under real pressure at the Hawthorns after just six games in charge of West Bromwich Albion.

The Spaniard has failed to secure a win since taking charge of West Brom, having drawn four matches (against Everton, Liverpool, Chelsea and Fulham) and lost twice – a 4-3 defeat at Aston Villa and a 3-1 loss at Crystal Palace.

Reports emerged on Tuesday suggesting the players were unhappy with Mel’s tactics and the club remained silent for around 24 hours until Wednesday evening when a statement was released.

The statement, made by the club’s sporting and technical director Richard Garlick, confirmed crisis talks had been held.

Garlick said: “At present, we are going through a period of transition, which is natural following the appointment of a new head coach.

“There is also a lot of frustration at our league position and run of form. I would be more concerned if there wasn’t.

“Various meetings have been held within the football department over the past few days to discuss our current situation and what needs to be done to improve results in our final 11 games. The discussions have proved constructive.

“There has been a lot of soul-searching and it is clear everyone has a real hunger and desire to keep the club in the Premier League.

“Pepe, the coaching staff and players will now do everything in their power to achieve this common goal.”

West Brom have managed just four league wins to date this season, the lowest total of any Premier League club, with their last victory coming at home against Newcastle at the start of January.

The club may have insisted that Mel remains the club’s head coach, but the uncertainty and speculation comes as an unwelcome backdrop to their battle against the drop.

The Baggies are just one point clear of the relegation zone in 17th place having played a game more than Sunderland, the side immediately below them in the Premier League table.

West Brom can be backed at 3.75 to be relegated, Sunderland are 2.70 and Stoke, who are three points clear of danger, are priced at 8.00 to drop down to the Championship.