Man City – Sunderland: Poyet yet to decide on final line-up 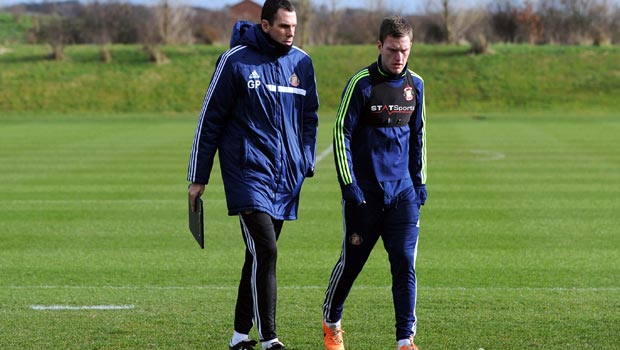 Sunderland take on Manchester City in the Capital One Cup final at Wembley on Sunday but boss Gus Poyet admits he hasn’t finalised his team selection just yet.

Sunderland slumped to a 4-1 defeat at Arsenal last weekend in their final fixture before their Wembley date, while City picked up a hard-fought 1-0 win over Stoke.

Poyet admitted he was disappointed with his players following the heavy defeat against the Gunners and suggested he could alter his line-up for the cup final, but the Uruguayan concedes he still hasn’t settled on a starting XI.

He told the Shields Gazette: “I don’t know the team yet. I would say I know nine who will play, although I’m not going to tell (Man City manager Manuel) Pellegrini!

“I’ve got eight or nine that I know will play, but there are still a couple of things that will depend on what I see this week.”

Borini has been utilised as a left winger in recent weeks and has impressed in that position, meaning he will more than likely start there. Altidore has struggled for form, managing just one goal in the Premier League, while Scocco is short of match fitness and Fletcher has only just returned from an Achilles injury.

Poyet added: “I think the striker is a very important position.

“They are having chances and it’s up to them to take them.

“We’ll see. It’s a very, very important position – more than anyone thinks – and I need to make the right decision.”