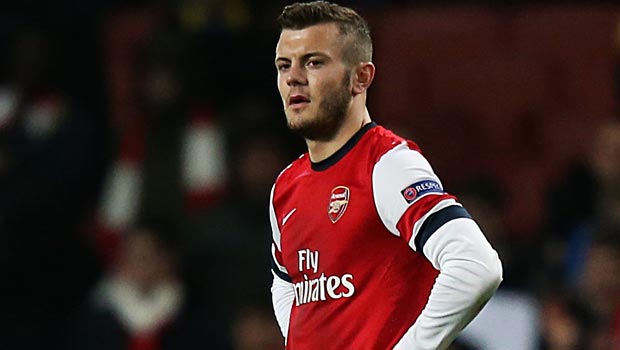 Jack Wilshere has promised to produce his best form for Arsenal this season following his injury troubles of the last few campaigns.

After bursting onto the scene as a teenager, the midfielder missed the whole of 2011-12 due to an ankle injury and has since struggled to consistently reproduce his previous performances.

This has often seen him have to settle for a place on the Gunners’
bench, while his attitude has also recently come into question after being pictured smoking while on holiday.

He has since apologised to manager Arsene Wenger but at 22, Wilshere knows he is at a stage in his career when he needs to start justifying his talent, otherwise he could waste it.

Having finally ended their trophy drought by winning last season’s FA Cup, it looks set to be a big year for the North Londoners as they go looking to win the Premier League title for the first time since their unbeaten season of 2003-04, a feat they are currently priced at 7.00 to achieve.

After England’s disappointing World Cup campaign, Wilshere decided to return to pre-season training early and the 22-year-old now says he is ready to prove why he is rated as one of the best midfielders in the country.

“This season is a big one for me,” he said. “I came back to pre-season early to show everyone my commitment and I’m fully committed to the club, and to my job, and I want to show everyone that.

“This year we’ve really been positive, gone into the market and signed a couple of great players.”