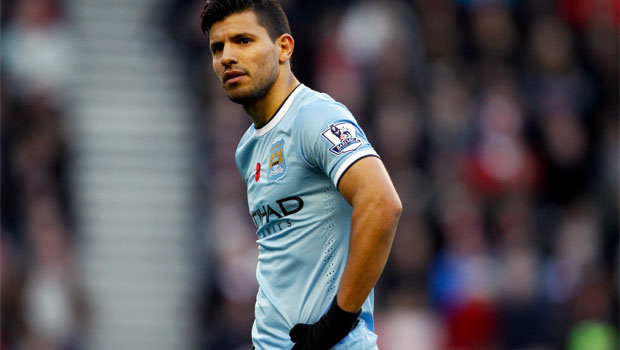 The Citizens fell at the group stages in their previous two appearances in Europe’s elite club competition but this time round are already through to the last 16.

Having booked their place in the knockout stages with two games to spare City have now set their sights on overhauling group leaders Bayern Munich at the top of the standings.

That is likely to prove easier said than done given they still have to play the European champions in Munich and were comprehensively beaten by them in the return leg at the Etihad Stadium earlier in the campaign.

Despite being the 3-0 defeat to Bayern, Aguero believes City have enough quality within the squad to go a long way in the Champions League and is looking forward to testing himself in the latter stages of the competition.

“We’ve qualified from the group stages and hopefully we can go further,” the striker told City’s official website.

“I think we have an excellent squad to progress in the Champions League but we know that it will be difficult.

“We will just wait and see what team we play in the next round and do our best to progress.”

Aguero went on to praise the impact Pellegrini has had on himself and the squad since taking from Roberto Mancini in the summer, insisting the Chilean has made him a better player.

“He demands a lot of me during matches and in training. He encourages me to be at my best at all times,” added the Argentine.

“When your coach is like that, he gives you confidence and the only way to repay his faith in me is to show my best on the pitch.”