New Zealand Rugby: All Blacks centurions out of Ireland clash 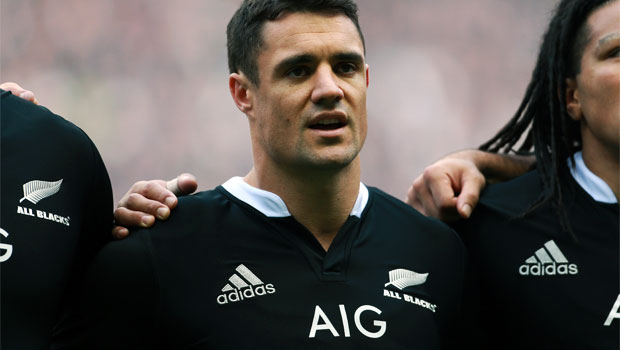 New Zealand have confirmed fly-half Dan Carter and prop Tony Woodcock will miss their final autumn international of the year with Ireland through injury.

Carter won his 100th cap for the All Blacks last Saturday in the 30-22 victory over England, although it was a bittersweet day for the 31-year-old as he picked up an injury.

The number 10 was forced off with an Achilles problem midway through the first half at Twickenham and New Zealand coach Steve Hansen has now confirmed he will miss the match in Ireland as a result.

“Dan has not had a scan yet, but (team medics) said with the problems he’s been having it’s just too big a risk to go through the week,” Hansen confirmed on the All Blacks’ official website.

“We’ve got Crudes (Aaron Cruden) and Beauden (Barrett) who can both do the job, so we’ll just get on with it with those two.”

The game against England could be Carter’s last for some time as he was due to take an extended sabbatical after the autumn internationals in order to make sure he is fit for the 2015 World Cup.

Carter will sit out England’s tour of New Zealand in June as well as much of the 2014 Super Rugby campaign.

The fly-half will begin his time off ahead of schedule due to his latest injury setback and will be joined on an early flight home by Woodcock.

The prop, who earned his 100th cap against Australia in August, picked up a hamstring injury against England just before the interval and will now head home, rather than join up with the rest of the squad in Ireland.

Victory in Dublin this Sunday will mean New Zealand have gone through a whole calendar year unbeaten having won 13 out of 13 so far in 2013.