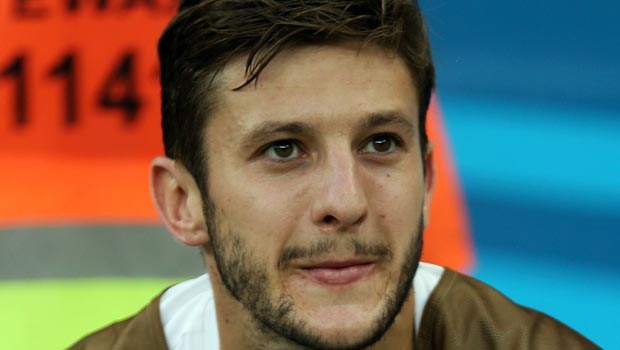 Adam Lallana is set to tell Southampton he is desperate to join Liverpool this summer upon his return home following England duty at the World Cup this week.

Lallana has come off the bench twice for the Three Lions in their successive 2-1 defeats in Brazil against Italy and Uruguay as Roy Hodgson’s side have been knocked out of the tournament early.

The playmaker is expected to start Tuesday’s final group game against Costa Rica on Tuesday as England attempt to recover some pride before they return home.

Attention will quickly turn to the new domestic campaign on the horizon following England’s early exit, and Lallana is expected to try and force through a dream move to Anfield by telling Saints chiefs he wants to quit St Mary’s.

The Reds have made two offers for the 26-year-old and believe the £25m bid on the table meets Lallana’s valuation. But Saints are thought to be holding out for £30m and have warned anyone wanting to buy any of their players that they will not be forced into a deal.

However, if Lallana makes it clear he wants to move, the south coast club may be forced to accept the offer or risk keeping an unhappy player.

Liverpool have other targets if they cannot agree a fee with Southampton and have made enquiries about Bayern Munich forward Xherdan Shaqiri, who they believe can be bought for a lesser fee of around £20m.

Meanwhile, reports continue to suggest Luis Suarez will be targeted by both Real Madrid and Barcelona this summer. The forward, who scored twice in Uruguay’s win over England on Thursday, signed a new, long-term deal at Anfield last season but there is growing speculation that he wants a move to Spain.

Real have long been linked with the striker and are said to preparing a huge £70m-plus bid, while La Liga rivals Barca also believe there is a chance they can lure him to the Nou Camp with a huge offer.

Liverpool resisted all offers for Suarez 12 months ago and will do all they can to keep him again this summer.