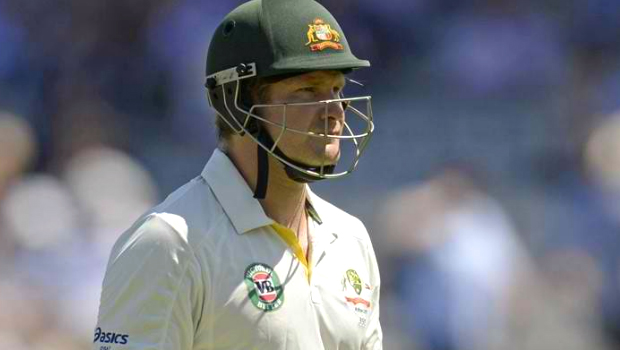 Australia have insisted out-of-form opener Shane Watson will retain his place for third Ashes Test despite being left out against Sussex.

It was thought the tourists would use the three-day match at Hove to try and instill some confidence into a batting line-up that has failed to produce the goods in the opening two Tests.

However, despite lacking time in the middle, Australia have revealed that Watson will remain in London where he will be involved in some intensive net practice.

Watson has a flaw in his technique that has seen him dismissed lbw on three occasions and Australia feel he would be best served trying to sort it out in the nets.

Howard also claims that despite defeats in the opening two Tests, the Australian dressing room is united.

“I appreciate outside the tent, we played poorly, and we can’t buck away from that,” Howard said. “The fact that we batted for 50 overs meant that some young bowlers had to go out again.

“When you’ve got young bowlers backing up from Test to Test and turning around, that has flow on effects beyond not scoring runs.

“But in terms of the team, I don’t think administrators sitting in the change rooms is a great thing but when you lose you have got to be part of it, and they are together, they’re good.”

Despite scoring just 102 runs this summer, captain Michael Clarke has also been left out of a side that will be skippered by Ed Cowan, who was dropped for the second Test after scoring 0 and 14 at Trent Bridge in the opener.