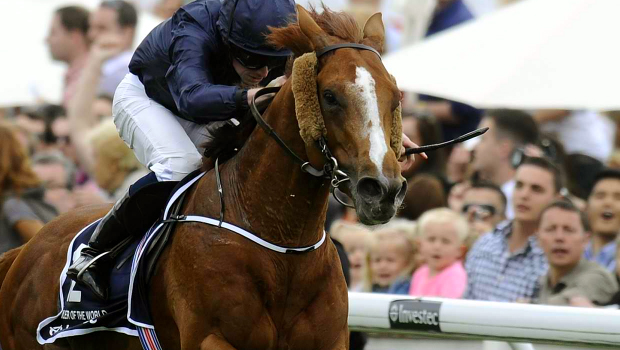 Top trainer Aidan O’Brien confirmed that both Ruler Of The World and Darwin will run in Red Mills Irish Champion Stakes.

O’Brien is going in search of an eighth success in the Group One race at Leopardstown in September and believes he is in with a good chance.

American import Darwin impressed when winning the Minstrel Stakes at the Curragh last Sunday, while Epsom Derby hero Ruler Of The World, is also in good shape.

Speaking at the race’s launch on Wednesday, O’Brien said: “We will be supporting the race for sure. Darwin was impressive when he won at the weekend and he is still in the mix as is Declaration Of War and
Kingsbarns.”

Meanwhile, Jim Bolger has confirmed that Trading Leather is also expected to run, although he has other things in mind for the Irish Derby hero before then.

“The plan for Trading Leather is for him to run in the Irish Champion Stakes. He’ll go for the King George, then the Juddmonte and then back to Leopardstown,” said Bolger.

Cirrus Des Aigles, who is favourite for the King George, is also a possible for Leopardstown, but much will depend on how the horse pulls up after weekend.

“The horse runs on Saturday so we’ll have to see how that goes,” The seven-year-old’s handler Corine Barande-Barbe said.

“He has been left in the Irish Champion Stakes and has other race entries as well. However, it remains a possibility as he has no other option in September.”