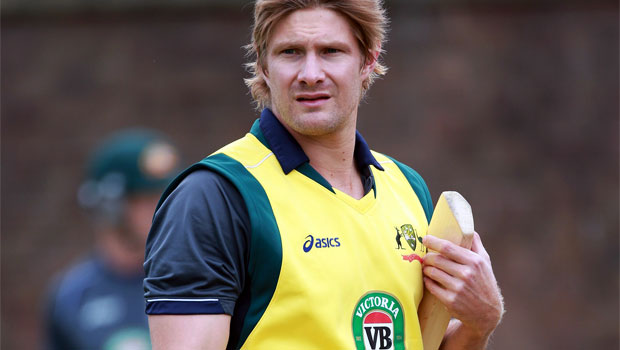 Australia all-rounder Shane Watson says his hamstring injury is nothing serious and he should be fit to face England in the opening Ashes Test in Brisbane, starting on November 21st.

Watson picked up the injury playing in Australia’s final one-day international against India and flew back home almost immediately after the game to get the injury assessed.

He is keen to discover the full extent of the injury and is set to undergo a scan in the next couple of days.

Despite picking up the injury, Watson still managed to bat his way to 49 off just 22 balls, which would suggest the injury is not a bad one.

“It’s not too bad,” he told reporters. “It wasn’t too bad. I’ve had a few niggles like this even over the last eight or nine months, so hopefully it won’t be too bad at all.

“I’d never say no doubt but I’ve been able to get on top of this sort of thing over the last eight or nine months with a few niggles that I had even throughout the Ashes as well.

“So I’m very confident that things should work out okay over the next couple of days and the results will be what I think they are and there shouldn’t be any problems.”

Watson has been criticised for batting in the 57-run defeat, but says he has not done any further damage.

“Unfortunately I wasn’t able to bat in the top at number three to try and really give us a chance, but you want to do anything you can when it was a game to decide the series so it was certainly a big game for us,” he added.

“Unfortunately it didn’t work out but in the end, I don’t think I injured myself too much more.”