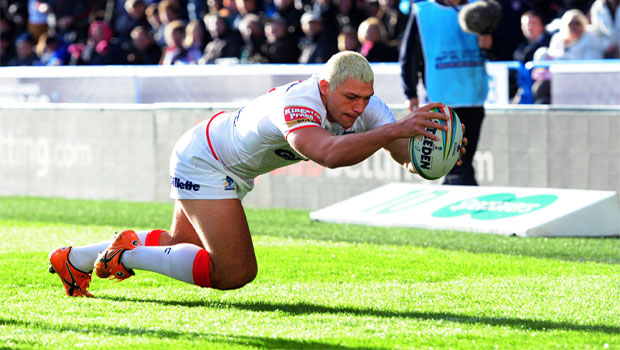 Ryan Hall says he is not taking his place in the England side for granted despite becoming his country’s all-time leading try scorer.

The Leeds Rhinos star grabbed a hat-trick as England romped to a 42-0 win over Ireland in the Rugby League World Cup, to take his tally to 17 in as many matches.

It edged him ahead of full-back Sam Tomkins, who had gone into the game as England’s top try scorer, but he says that does not mean his place in Steve McNamara’s side is guaranteed.

“I didn’t realise at the time that I’d got the record but that’s pretty cool,” Hall said. “There’s a lot of competition in front of us, though. I’m sure there are plenty more tries to be scored.”

There have been suggestions that Hall has made left-wing his own, with Tom Briscoe and Josh Charnley battling for the right-wing spot, but Hall begs to differ.

“I don’t think it’s just those two battling it out for a spot, it’s three of us battling for two spots,” he added.

“All three can play on either wing and, if any one of us has a bad game or gets a niggling injury, we’ll be dropped straight away.

“The competition for places makes it a healthy side, you can’t rest on your laurels in any game.

“That goes for any position and that’s credit to Steve Mac, who’s put a good foundation in place. He selects the side and he gives himself a headache.”