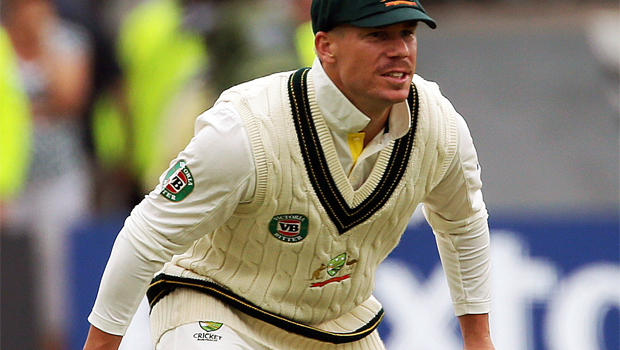 David Warner is set to be recalled to the Australian side for the third Ashes Test after linking up with the rest of the squad on Monday.

Australia are in desperate need of runs on the board after losing the opening two Tests and Warner looks set to return to Michael Clarke’s top order at Old Trafford.

The 26-year-old was suspended for punching England batsman Joe Root while on a night out following a Champions Trophy game last month and has not figured since.

Warner linked up with Australia A for their tour of Zimbabwe and South Africa and after scoring 193 against South Africa A over the weekend is now set for a call-up.

An Australian batsmen has yet to make a century in the opening two Tests, so Warner’s performance in Pretoria will have gone down well with new coach Darren Lehmann.

Another Australian batsman who could be in line for a recall is Ed Cowan after he impressed with a first innings 66 followed by 77 not out in the tour match against Sussex.

When asked if that boosted his chances of returning to the side, Lehmann said: “Yeah, it does. He batted really well both innings.

“We’d love him to get a big hundred and really put pressure on, but it does his chances good.”

Meanwhile, Lehmann says they have come up with a plan to combat the bowling of Graeme Swann, who has taken 13 wickets so far in this series, and says it is down to the Aussie batsmen to execute it.

“Swann’s bowled OK but we haven’t played him very well,” said Lehmann. “We’ve just got to believe in the plans and the blokes have got to execute them.”