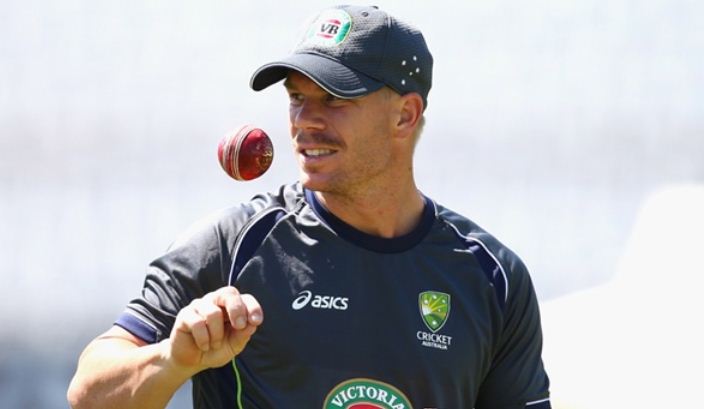 Australian batsman David Warner has been told he will link up with the A squad in Zimbabwe and South Africa in order to get game time.

Warner was left out of the Australian side that kicked off the Ashes at Trent Bridge today, as the selectors feel he would be best served getting game time with the A team.

Warner is lacking in match action after being hit with a suspension for off field problems as he punched England batsmen Joe Root in a Birmingham nightclub.

Cricket Australia insist he is still a part of the Ashes squad and will return ready to push for his place once he got some action under his belt.

National selector John Inverarity said: “David has trained hard and been very supportive of the team and his team-mates during the past few weeks, but his preparation for the first Test was not ideal.

“He is in need of match practice and runs in the longer format and the Australia A games in Zimbabwe and South Africa will provide him with the best possible opportunity.

“David remains a member of the Ashes squad and will return to England at an appropriate time, once we’re happy he has had adequate preparation in match conditions.”

Steve Smith will bat at six in the first Test in place of Warner and Inverarity has now confirmed he will stay on with the Ashes squad.

Much will now depend on the former of the all-rounder and Warner could struggle to get his place back in the side.

“Steve Smith will stay on with the Ashes squad for the full tour in England,” said Inverarity.

“As a consequence of this, Aaron Finch will take over the captaincy of Australia A, while Alex Doolan has been promoted to vice-captain.

“The NSP also announces that Ashton Agar has become an official member of the Ashes squad for the series.”

Teenage left-arm spinner Agar has been handed a surprise debut in the first Test.