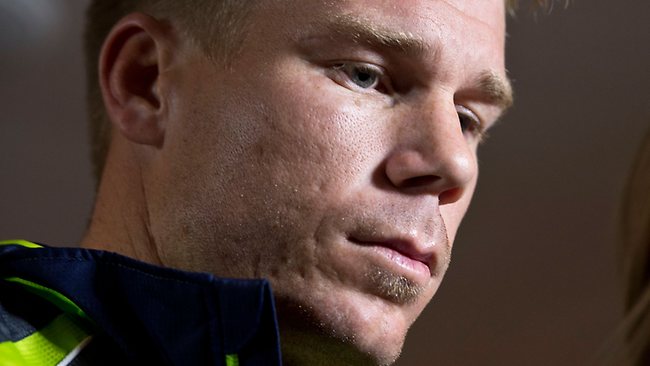 Cricket Australia has suspended opening batsman David Warner until the first Ashes Test match for an alleged attack on Joe Root in a Birmingham bar.

Cricket Australia has suspended opening batsman David Warner until the first Ashes Test match for an alleged attack on Joe Root in a Birmingham bar in the early hours of Sunday morning.

Warner had already been stood down for Wednesday’s Group A clash with New Zealand – which was ultimately abandoned due to rain – but will now miss the rest of the ICC Champions Trophy, regardless of how far the Aussies progress.

The Baggy Greens have picked up just one point from their first two matches and need to beat Sri Lanka on Monday to stand any chance of going through, although other results leading up to that game could see them knocked out before a ball is bowled.

The 26-year-old has also been fined £7,000 for the incident and will miss the Ashes warm-up matches against Somerset and Worcestershire before being able to return to the side.

“At a hearing tonight, Warner pleaded guilty to breaching Rule 6:
Unbecoming Behaviour. CA Senior Code of Behaviour Commissioner, The Hon. Justice Gordon Lewis AM, fined 11,500 Australian dollars (£7,000) and suspended from the remainder of Australia’s ICC Champions Trophy campaign as well as the Australian team’s two tour matches before the first Ashes Test against Somerset and Worcestershire.

“Warner will be eligible for selection for the first Test.”

It is not the first time Warner has found himself in trouble with Cricket Australia as he was fined £3,700 last month following a foul-mouthed row with two Australian journalists on Twitter.