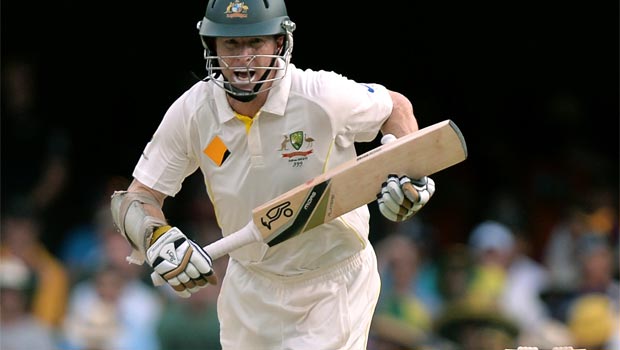 Australian opener Chris Rogers admits he is feeling under pressure going into the second Test of the Ashes in Adelaide.

The 36-year-old was given the nod for the first clash in Brisbane and was hugely disappointing, totalling just 17 in his two innings, while in contrast his partner David Warner was in excellent form, finishing with scores of 49 and 124.

To make matters worse, his potential replacement Phil Hughes is in fine form in the domestic Sheffield Shield competition, hitting 103 for South Australia in their ongoing clash with Victoria.

The second Ashes match gets underway at the Adelaide Oval on Thursday, a ground the Aussies have traditionally thrived at and after their convincing win in the first Test, Darren Lehmann’s men will be confident of claiming what could be a decisive win.

With almost a fortnight off between the two matches, Rogers has had plenty of time to work on his technique and admits he’s been pleased with how he has struck the ball in the nets.

He is now looking forward to getting out in the middle and admits he needs to start producing the goods if he is to keep his place in the team.

“I didn’t contribute in the first game as much as I’d like to so it would be nice to get some runs in this game, for sure,” he told reporters. “You always feel pressure, but you have just got to enjoy it as well.

“I want to be here the whole [five-Test] series and score runs. That is my job, so I probably can’t afford too many failures.

“I was able to do some good work this week and iron out a few flaws. Hopefully I can contribute this week.”