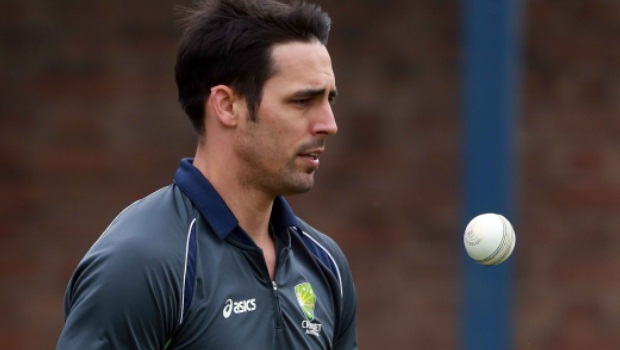 Mitchell Johnson’s expected inclusion in the Australia Test side to face England has all but been confirmed after it was announced that he would miss the final ODI with India.

The 31-year-old’s Test career appeared to be at a crossroads after he was jettisoned from the side midway through the last Ashes series Down Under three years ago.

With so many young pace bowlers emerging in the Aussie ranks and Johnson struggling, it appeared as though his days at the top might be numbered.

The left-armer has played only nine five-day games in the past three years but has bounced back to form in recent times, with some superb displays in the current one-day series against the Asians.

He has been bowling with searing pace and has been the one bowler that has more or less escaped the barrage of boundaries from the Indian bats.

With Saturday’s showdown a winner-takes-all affair, it was thought that Johnson would lead the attack once again, but performance manager Pat Howard believes that sending him home to play a couple of state games will be the most effective way to get ready for the clash with England.

“We believe it is best for his preparation ahead of a busy summer to have him return home to increase his bowling loads in preparation for the Ashes Test window,” he said.

Johnson’s fragile character has been called into question at times and he was badly affected by the vociferous travelling fans in Australia on the last England trip.

But Baggy Greens’ bowling coach Craig McDermott insists the Townsville-born ace has now overcome his problems and is ready to get stuck into Alastair Cook’s men.

“He’s in a good head space at the moment. I think it would take a lot for that to be taken away from him,” he said.

“He’s confident about what he’s doing with the ball and the pace that he’s bowling, so who cares about the Barmy Army.”