Posted by Jason Stepford on November 1, 2013 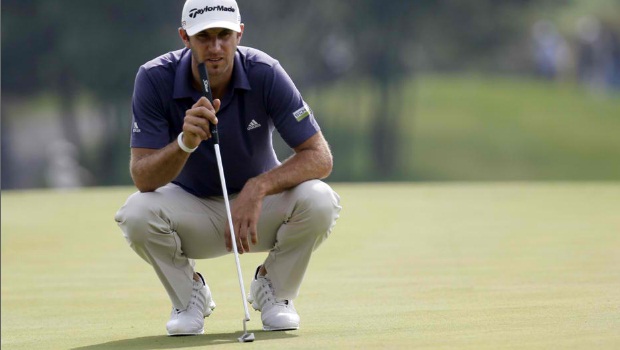 Dustin Johnson will take a five-shot lead into the third round of the WCG HSBC Champions after a sensational second-round 63 in Shanghai.

The 29-year-old trailed first-round leader Rory McIlroy by four shots after day one but has now turned the tables on the Northern Irishman after a round including 10 birdies and just one dropped shot at Sheshan International Golf Club.

The Florida resident birdied six of the first seven holes and picked up another four shots after the turn, with his only blemish coming at the 10th.

Johnson not sits on 12-under par and has put daylight between himself and McIlroy, who could not match his first-round showing and had to settle for an even par 72.

The 24-year-old shares second place on -7 with Americans Bubba Watson and Boo Weekley, while some big-name players are lurking at -6.

While there are still 36 holes to go, it will take something special to catch Johnson over the weekend as the Far East course seems tailor-made for his big-hitting game, and it may require a McIlroy charge on Saturday and Sunday to prevent the 29-year-old claiming his first World Golf Championship title.

The two-time major winner was still in great shape after his first nine holes on Friday but faltered on the back nine, with dropped shots at numbers 11, 15 and 18.

But the Northern Irishman, while frustrated with his display, has not given up hope of catching the leader.

“It would have been nice to play a bit better and start tomorrow with a few more shots in hand,” he said. “But I guess I’m in a decent position going into the weekend, and still have a great chance at winning this tournament.”