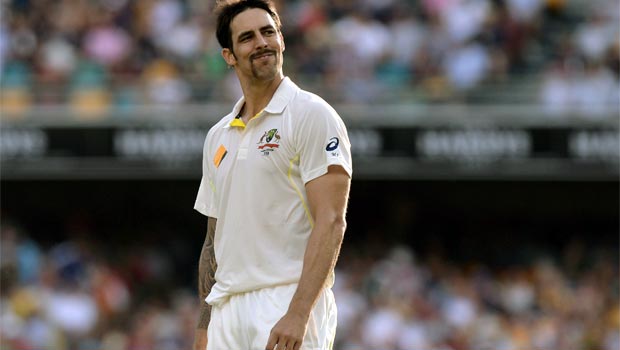 Australian bowler Mitchell Johnson believes there is no chance of a truce with England and says the sledging will continue in the second Ashes Test.

There have been suggestions peace could break out following a bad-tempered opening Test, with England accusing the Australians of overstepping the mark following comments made by David Warner about Jonathan Trott.

Michael Clarke was also fined for an obscenity after telling James Anderson to expect a broken arm as tempers almost boiled over.

It has been claimed England coach Andy Flower wants a fresh start ahead of the second Test, but Johnson says that will not happen.

“Their coach wants a truce from what I’ve heard. That’s not going to change from our end,” said Johnson.

“I think it’s worked for us. I definitely think they’re rattled by it. They don’t like it at all.”

Johnson has also spoken out in support of Clarke and says he was right to stand up for his players.

“I thought it was really good what Michael did, as a captain,” he added. “That’s what you want your captain to do – stand up for the players – and that’s what he did.”

Meanwhile, Stuart Broad believes the sledging was not excessive and only to be expected in the heat of battle.

“Speaking from a personal point of view, I don’t think it was over the top,” Broad said.

“It’s Ashes cricket, England versus Australia, and there is a lot of passion out there. You come to expect a bit of sledging in Ashes cricket.
“It’s up to the players to take responsibility and make sure it doesn’t go too far.”