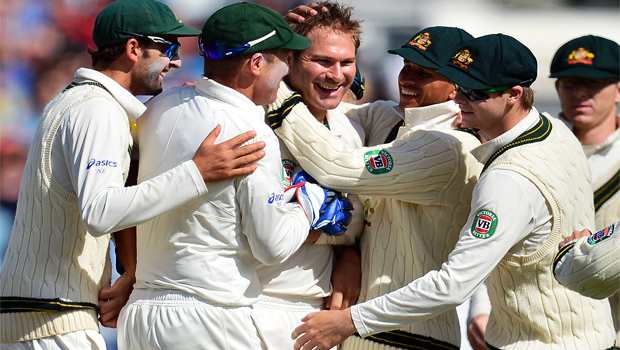 Australia already have one eye on the return Ashes series this winter and are considering resting strike bowler Ryan Harris for final Test at Oval as a result.

Harris has been outstanding for the Australians in the last three Tests, but with the series now in the bag for England, coach Darren Lehmann is ready to wrap him in cotton wool.

The 33-year-old has had his problems on the injury front and never before has his body allowed him to play four Tests on the bounce, and that is unlikely to happen now.

Harris is currently Australia’s leading wicket-taker this summer, with 20 at an average of 19.25, but Lehmann does not want to take any risks ahead of the return series in Australia.

“He’s had three in a row. It would be good if he gets four in a row.

“But if there’s any doubt of not getting through, he won’t play. To be perfectly honest the way the scenario is now we’ll be extra careful with him.

“We’ve got to make sure he’s right for the next Test series as well. He’s so valuable to us as we’ve seen in the previous few games.”

Meanwhile, Australia also have doubts over the fitness of Shane Watson after he suffered a groin problem while bowling and Lehmann has ruled out the prospect of him playing only as a batsmen at the Oval.

“I hope he’s bowling. That’s what he’s picked in the side to do; bat and bowl,” he added.

“We’d like to have five bowlers. Our selection panel will have to sit down.”