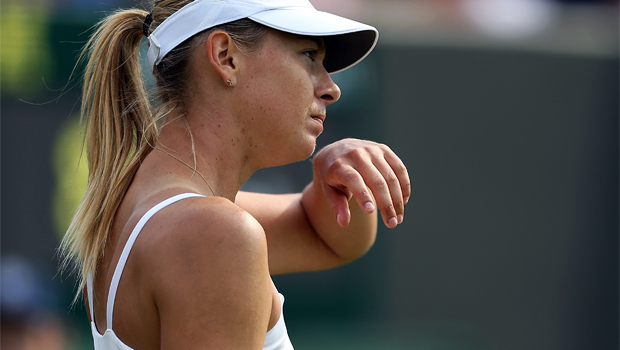 Maria Sharapova’s preparations for US Open were left in tatters as she lost 2-6 7-6 (7/5) 6-3 to Sloane Stephens in the second round of the Western and Southern Open.

Sharapova was playing her first match since picking up a hip injury at Wimbledon and everything appeared to be going to plan as she took the first set 6-2.

The third seed was also a break of serve up in the second before it all went wrong as her 20-year-old American opponent fought back to take it on a tie-break.

Stephens then capitalised on some sloppy play from Sharapova in the deciding set to book her place in the third round of the tournament, where she will play either Jelena Jankovic or Ekaterina Makarova.

Sharapova was disappointed with the way she threw away a winning position and admits there is plenty of work to be done with new coach Jimmy Connors.

“Well, I thought I started the match off pretty well, but when you put yourself in a really good position you can’t let it go – that’s what I did tonight,” she revealed.

“I didn’t continue what I was doing well for the first set and a half, and that hurt me. I stopped being patient. I started making a lot more errors, especially off the first ball. Just errors I shouldn’t make.

“Obviously I haven’t played in a long time, but I’ve got to be ready from the first match. So it’s disappointing, but that’s how it goes in this game.”

Sharapova’s next match will be at the US Open but there have been suggestions she could chase a wild card for next week’s final warm-up event in New Haven.