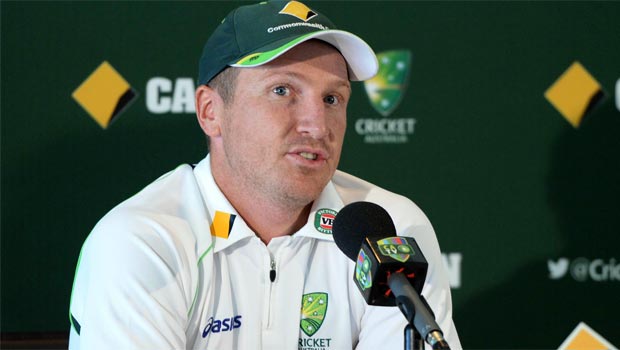 Australia wicketkeeper Brad Haddin wants his side to keep the pressure on England when the two sides meet in Melbourne.

The fourth Test starts at the MCG on Boxing Day but as far as England are concerned it is just a case of playing for pride after consecutive defeats in Brisbane, Adelaide and Perth.

But for Haddin and his team-mates it is a chance to turn the screw and inflict more misery on the tourists on a ground where Australia have won 12 of the last 14 Tests.

Haddin, at the age of 36, is nearing the end of his career and would like to be part of a squad that is the best in the world. Another victory would see Australia continue to rise to the top of the world rankings.

He does not think age matters, though, after he played his part in regaining the Ashes.

“If we talk too much about age, I wouldn’t be standing here,” he said. “I’ve been told on a number of occasions I’m too old. It’s not something we think too much about.

“If you’re performing and keep challenging yourself to be the best cricketer you can and contribute to this group moving forward, we’re comfortable with that.

“Age is not something the players are worried about.

“I’ve said for a while that as soon as I stop challenging myself out on the training paddock to become a better player is when I give the game away – but I still see a lot of cricket in front of me.”

England can expect no let up then, certainly from Haddin, who added: “I’ve been on the end of a few hidings from England, so from my point of view it’s not that hard at all to find motivation.

“You never take a Test match for granted. I’ve never played in a dead rubber – and that’s from the bottom of my heart.”

Only two of the last 25 MCG Tests have ended in draws, and one record that Australia would like to better is the highest ever total of 604 that was scored against England back in 1937.