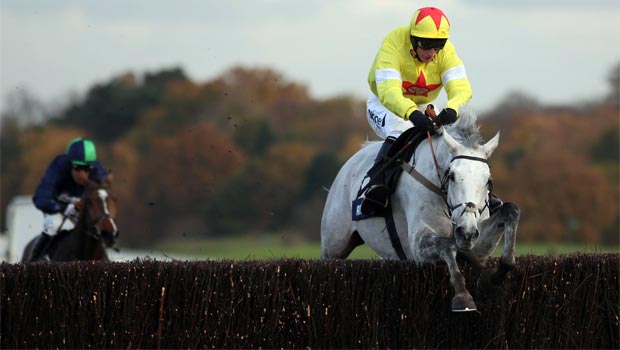 Trainer Paul Nicholls is confident that his pair of Al Ferof and Silviniaco Conti can goclose to giving him an eighth King George VI Chase win.

The Ditcheat handler has made the Kempton Boxing Day showpiece his own in recent years, having won it twice with See More Business before the legendary Kauto Star went on to collect it no less than five times.

Now Nicholls is double-handed in his bid to win it again, with Al Ferof slightly more fancied in the ante-post betting market. The runner steps up in trip after beating just two rivals in his prep race at Ascot, while Silviniaco Conti, last year’s Betfair Chase winner, was a faller in the Cheltenham Gold Cup, and was beaten on his last visit to Kempton in the 2011 Feltham Chase.

Nicholls said: “They’re both well and worked nicely last week. Everything is on schedule. I think the rain at Kempton will definitely help Silviniaco Conti, you’d be worried it wouldn’t suit him so well round there if it was quick.

“Al Ferof is well, there is a bit of a doubt at the trip on softer ground but he’s by Dom Alco, they stay well, and he looked like he was staying on up the hill when winning the Paddy Power last year. I can’t split them really.”According to the betting, they both have Cue Card to beat.

The Colin Tizzard-trained challenger limbered up for Kempton by beating fellow big-race rival Dynaste in this season’s Betfair Chase at Haydock, and appears to have gained more stamina than when finishing a tired fifth behind Long Run in last year’s Kempton spectacle.