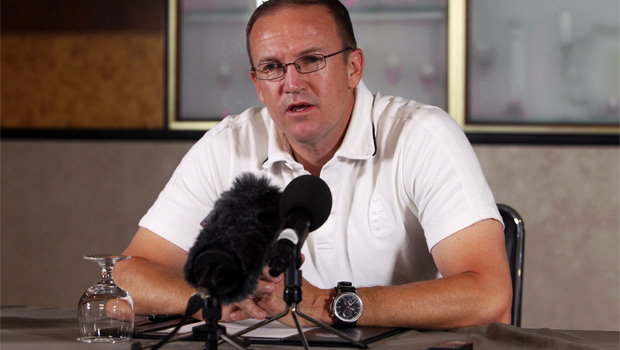 England team director Andy Flower played down suggestions he could follow Hugh Morris out of the door and is looking forward to return Ashes series in Australia.

ECB’s managing director of cricket, Morris, who has been pivotal in England’s success over the last 16 years, announced on Sunday that he would be leaving his role to become chief executive of his old county Glamorgan.

The departure of Morris is a huge blow to England but it was then suggested that Flower could also decide to move on in search of a fresh challenge.

However, thankfully for England, the Zimbabwean says he has no thoughts of leaving his position and is looking forward to a trip Down Under in the winter.

When asked if there was anything to reveal about his position, Flower said: “No, there is not. I don’t like to look too far ahead with regards to my own personal situation.

“We have an away Ashes coming up and I’m reflecting on a job well done in this series by the players, who should feel very satisfied and very proud.

“There’s always another exciting challenge around the corner and in this instance it is the Ashes away.”

Meanwhile, Flower says it is crucial that England bring in a quality replacement for Morris, who he says will be sorely missed.

“I’m a cricket coach, that’s what I’m doing at the moment,” he said.

“Hugh has worked with the ECB for 16 years and has been very much part of some of the successes England have had.

“He will be sorely missed by the playing group, certainly by me, and his post will need to be filled by a man of equal calibre.”