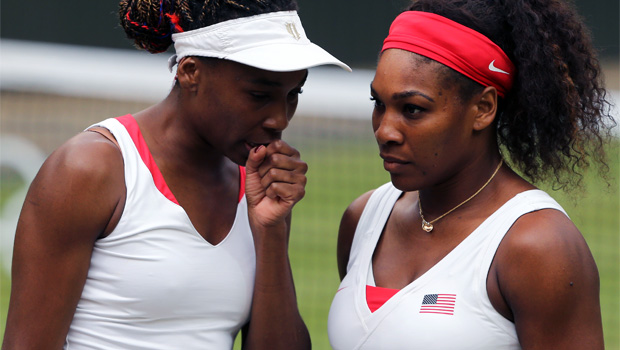 Serena and Venus Williams had no problems reaching second round of 2013 US Open on Monday, the latter claiming her first victory over a top-20 player since last October.

Two-time US Open champion Venus has struggled with illness and injury for the past two years and went into her clash with 12th seed Kirsten Flipkens as the outsider.

The Wimbledon semi-finalist had beaten Venus at the Rogers Cup recently but proved to be no match for the 33-year-old this time around as she took apart Flipkens 6-1 6-2.

The straight sets victory was Venus’ second win since April and she will now face Jie Zheng of China in the second round.

Flipkens was the biggest seed to fall on the opening day of the women’s singles competition at Flushing Meadows, defending champion Serena having no problems coming through her first round clash with Francesca Schiavone.

The top seed had said before her match against the Italian that she was expecting a tough game.

In the end she made light work of the world number 54, booking her place in round two with a 6-0 6-1 victory in an hour.

Williams will now face Galian Voskoboeva of Kazaksthan in the next round as she continues her hunt for a ninth title this year.

Also through to the second round is third seed Agnieszka Radwanska, who needed just an hour and two minutes to dispose of Silvia Soler-Espinosa 6-1 6-2.

Home favourite and 15th seed Sloane Stephens is also through after coming from a set down to beat Luxembourg’s Mandy Minella 4-6 6-3 7-6 (7-5).