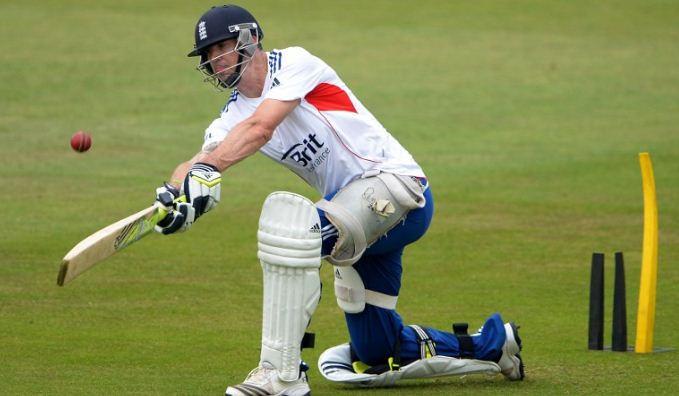 Kevin Pietersen’s participation in the third Ashes Test is in doubt after he was ruled out of remainder of current match at Lord’s with a calf strain.

The 33-year-old has struggled for fitness for much of the year having picked up a knee injury during the tour of New Zealand at the start of the year.

The injury forced the South African-born batsman to miss the deciding Test with the Kiwis in the antipodes before sitting out the two-Test series with the Black Caps in England, as well as the ICC Champions Trophy.

The ECB were relieved Pietersen returned to action ahead of the start of the Ashes in June but are now waiting to see how much of a role he will play in the remainder of the series against Australia.

Pietersen picked up the problem while fielding on Friday and looked to be struggling when he went out to bat later in the day, scoring just five before he was caught off the bowling of Peter Siddle.

The Surrey star wasn’t required on Saturday and was sent for a scan which has revealed a strain in his left calf.

An England and Wales Cricket Board statement read: “Kevin Pietersen will not take the field for the remainder of the second Test after scans today showed left calf strain. He will continue to be monitored and will be assessed ahead of the third Test.”

Should Pietersen fail to recover from his injury in time for the third Test at Old Trafford on August 1 then the ECB will be faced with a selection dilemma .

Nick Compton, who was dropped from the Ashes squad, could be recalled after back-to-back fifties in the warm-up games against Australia, although he is considered an opener rather than a middle-order batsman.

Eoin Morgan, Ravi Bopara, James Taylor and the uncapped Gary Ballance are the other names being mentioned in connection with a spot in the team for the clash in Manchester.