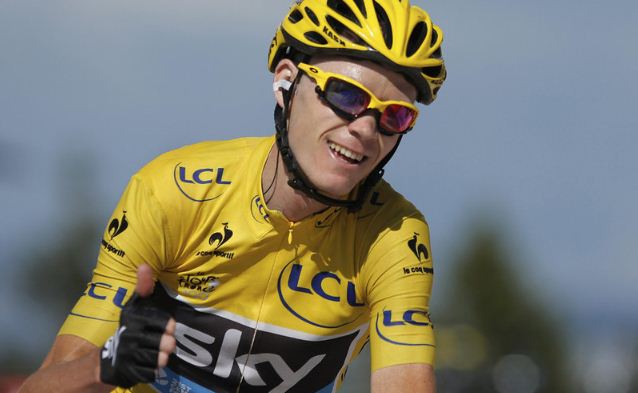 Team Sky rider Chris Froome says he can’t believe he is going to win Tour de France after keeping hold of yellow jersey ahead of Sunday’s traditional procession into Paris.

The British rider had to dig deep again on stage 20 of the race to make sure he couldn’t be overhauled in the final stage around the French capital.

The 125km ride from Annecy to Annecy-Semnoz completed three consecutive days in the mountains and Froome had to fight hard to stay with his closest rivals Nairo Quintana and Joaquim Rodriguez.

On the climb to the finish, both of the 28-year-old’s rivals went for it and left Froome behind, Quintana coming home first to secure the King of the Mountains polka dot jersey and the white jersey for the best-placed rider under 25.

Despite finishing behind the Colombian and Rodriguez, Froome was able to do enough to make sure he will take a lead of 5 minutes 3 seconds into the final stage.

Tour tradition dictates the yellow jersey wearer isn’t attacked on the final day in Paris and as such, barring a disaster, Froome will be crowned the second British winner, following in the footsteps of Sir Bradley Wiggins 12 months ago.

The Kenyan-born competitor finished runner-up to Wiggins last year and admitted to being overwhelmed when he realised what he had accomplished with his third-place finish on Saturday.

“I can’t quite believe I’m sitting here in this position,” said Froome. “It really is amazing.

“I’m a bit lost for words. I’ve still got to roll into Paris but this is the GC [general classification] sorted out. To finish it off like this is special.

“It was quite hard to stay on top once I got to three kilometres to go because I knew I had accomplished what I wanted to do. I was overwhelmed.”

Elsewhere, Froome’s compatriot Mark Cavendish was unable to keep alive his hopes of winning the green jersey, with Slovakia’s Peter Sagan taking an unassailable lead in the points classification.