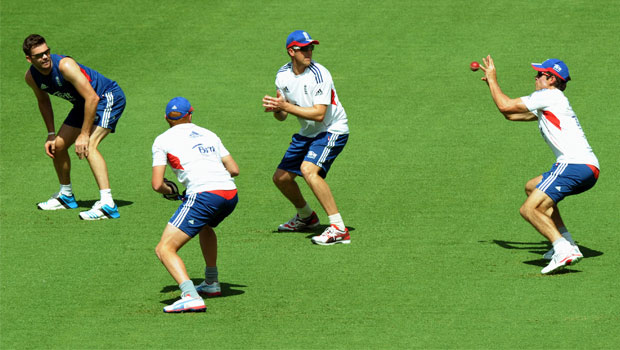 Ahead of the start of the Ashes series between Australia and England in Brisbane on Thursday, the visitors are confident of keeping the coveted urn in their possession.

England will hope to repeat the success of 2010-11 as they bid to remain unbeaten in Tests this year.

The last tour saw them win the series 3-1 to clinch the Ashes away from home for the first time in 24 years and Stuart Broad, who is sure to come in for some vitriol from the partizan home crowd, reckons that conditions will suit England’s batsmen.

“We had these sort of slow, turning wickets that are quite hard to score on and we’ve got guys who cut and pull, free-scoring players, and I think our batsmen are very excited to play here and will thrive in the Australian conditions.”

He added: “As a team, I think we can take a lot of confidence about how we’ve performed over a the last 18 months or so.

“We’ve had games where we’ve not been that good but got away with draws when we shouldn’t have done. We’ve got a really steely unit in that changing room.”

Australia, in contrast, have lost seven of their last nine Tests but the feeling is that despite being comprehensively beaten in England this summer, they can produce the goods on home soil in the first Test.

England last came away from The Gabba victorious in 1986, and the hosts will take that statistic into battle when play commences on Thursday.