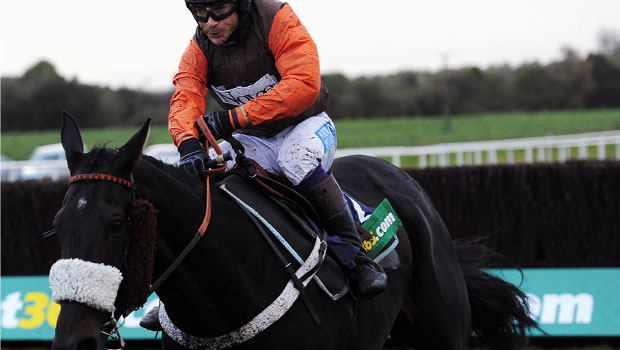 Having finished second in the last two renewals of the Betfair Chase, Long Run bids to go one better when he tackles a quality field on Saturday.

Winner of 14 of his 27 races under rules, including the 2011 Cheltenham Gold Cup and last year’s King George at Kempton, the eight-year-old must improve on his poor seasonal bow in Wetherby’s Charlie Hall Chase in which he finished a well beaten fifth.

Owner Robert Waley-Cohen said Long Run is coming along nicely ahead of what promises to be a Gold Cup rehearsal with so many big names entered.

“He has a good track record and will benefit from having had a run, even though he only ran properly for two and a half miles. But it is still better than not having had a run,” the owner said.

“He schooled really well with Yogi Breisner in the indoor arena last Wednesday and he worked well on Saturday. The reports are good.”

Meanwhile, last year’s winner, Silviniaco Conti, will be ridden by Noel Fehily, who said: “I’ve won two on him over hurdles and I loved him when I won on him at Ascot three years ago now.

“When he won the Persian War at Chepstow he had horses like Captain Chris behind him and when he won at Ascot as a four-year-old that was a good race.
“He always looked a horse full of potential and I can’t wait to get back on him again.”

Trainer David Pipe has high hopes for Dynaste, who was pulled out of last week’s Paddy Power Gold Cup at Cheltenham to wait for Haydock, and his big-race pilot Tom Scudamore said: “It’s the first big test of the year for everybody.

“With Bobs Worth and Silviniaco Conti in there you’ve got the Gold Cup horses returning, and the likes of Dynaste, one of last year’s star novices, taking them on.

Gold Cup hero Bobs Worth heads the ratings, while Cue Card and Tidal Bay are also among the 16 that still stand their ground.