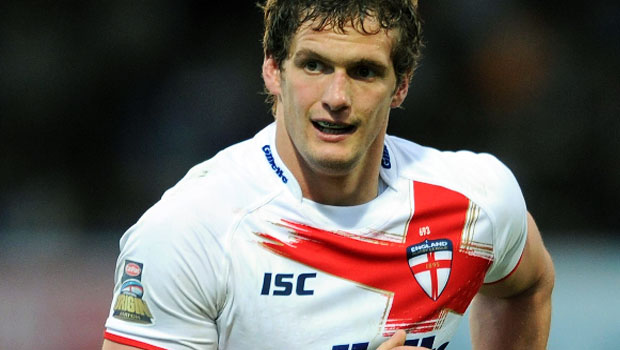 Sean O’Loughlin hopes to make Saturday’s visit to Wembley for England’s World Cup semi-final against New Zealand a successful one, having lifted the Challenge Cup there for Wigan in August.

On that occasion, O’Loughlin’s club side beat Hull FC 16-0, and the loose forward would settle for more of the same when England meet the defending champions.

In truth, it looks a tall order as they bid to reach a first World Cup final since 1995, as O’Loughlin is the first to admit that his side’s form, including the display against France in the quarter-final, has been below the required standard at this level.

However, O’Loughlin strongly believes that the fact that most of the England squad have experience of playing at Wembley can give them the edge over the Kiwis.

“We know we can get a lot better and I think playing at Wembley will get a lot more out of everyone,” he said. “I think the venue itself can get the better of you sometimes. But there are a lot of players in the squad who have been there – the Wigan, Warrington and Leeds lads have all played there.

“I wouldn’t say they’re familiar with it but they’ve been there and I think it could be a bit of an advantage. But it’s still about what you do on the field.”

The Wigan man is not getting too carried away though, as the opposition will line up in confident mood, having already rattled up 186 points on the way to Saturday’s showdown.

“They’re probably the most impressive team in the tournament,” O’Loughlin continued. “If we perform like we did against the French, we will probably get more points put on us than we did on Saturday.

“They’ve got big physical players, who are handfuls to deal with and we know we have to be at our best to beat them. They have big blokes in the middle who carry the ball strong and they have got blokes like Sonny Bill in the back row who are dangerous.”

There is pace abundant in the Kiwis squad, including Kevin Locke, and England must stifle him for a start if they are to come out on top as underdogs on Saturday.