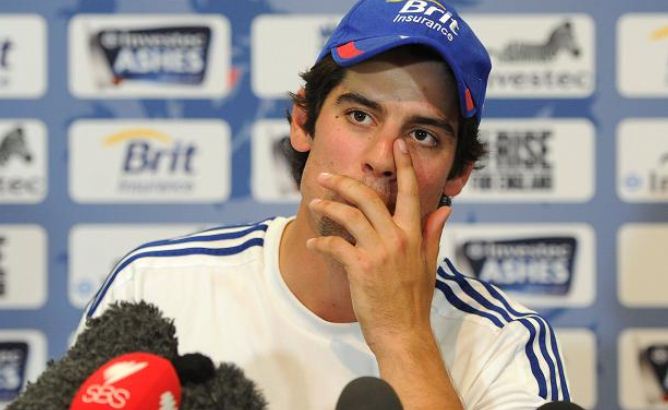 Alastair Cook says England will not take their foot off the gas and has played down talk of a whitewash after going 2-0 up in Ashes series.

England crushed Australia by 347 runs in the second Test at Lord’s to take a firm grip on the series and the manner of the victory has raised hopes that a comprehensive victory could be on the cards.

The Australians look to be in disarray following a poor batting performance but Cook is taking nothing for granted and says they will keep their focus on the job in hand.

The third Test begins at Old Trafford on August 1 and Cook says they will not look beyond that after fielding questions regards a whitewash.

“It’s certainly too early for that (whitewash talk), but it’s a winning habit,” he said.

“In four Test matches this summer we’ve won all four and I think that’s a good place to be.

“You can think all you want (about 5-0) but we know how hard it is going to be the next few games.”

Meanwhile, England are sweating over the fitness of Kevin Pietersen, who picked up a calf strain during the win, but Cook is hopeful he will be fit for Manchester.

“We’ve got a great medical team who will work non-stop over the next week or so to try and get him fit for Old Trafford,” he added.

“Kevin is a world-class player with 22 Test hundreds … clearly that leaves a big hole if he’s not there but if he’s not available it gives someone else the opportunity to step up.”