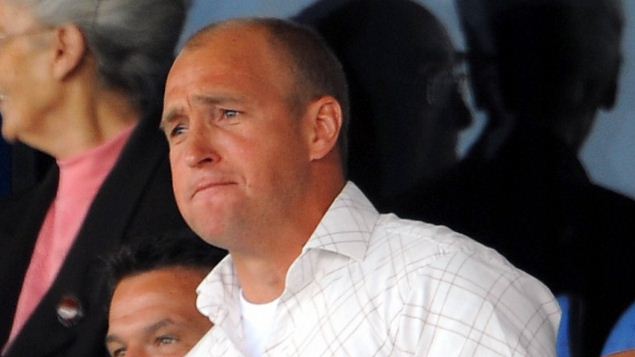 Nathan Brown is targeting a strong end to season for St Helens, starting with a win against old enemy Wigan at Langtree Park on Monday night.

Saints have performed well on their travels when beating some of Super League’s best sides but they have struggled in front of their home fans.

Brown’s men have won just four of their 10 home games so far this season, but he knows all will be forgiven if they can pick up their fifth against Wigan.

“Our away support has been great but we know the home fans have been turning up and sometimes not seeing us play our best footy,” he said.

“It would be great to put in a good home performance against the team they would like us to beat the most.

“I hold out hope, and the players do too, that we can have a good end to the season. We know it hasn’t been smooth sailing so we need to build momentum and confidence as we get closer to it.”

Saints will have to win the game without key hooker James Roby, who is missing with an ankle injury, but they are boosted by the return of Anthony Laffranchi.

Meanwhile, Wigan coach Shaun Wane has said he will be taking no chances on Sean O’Loughlin and Sam Tomkins ahead of the Challenge Cup semi-final against London Broncos on Saturday.

“I desperately want to win both games but I won’t be risking people this Monday,” said Wane. “It’s a great game between two great clubs and I have a lot of admiration for the St Helens club.

“It’s a really big game in our calendar, one we look forward to and one we will be going out to win.”