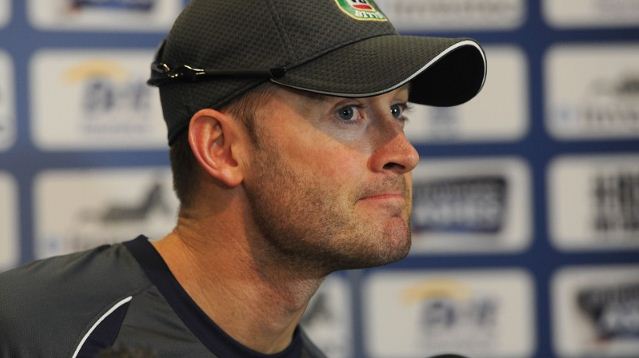 Australia captain Michael Clarke claims coach Darren Lehmann had a “galvanising” effect on team and has brought players closer together.

Lehmann’s predecessor Mickey Arthur is involved in a legal battle with Cricket Australia after being sacked just two weeks before the Ashes series began. The South African is seeking £2.4m compensation from Cricket Australia, or reinstatement as national coach.

Leaked documents have revealed Arthur claims he spent much of his time as coach trying to settle disputes between Clarke and Shane Watson, who Arthur described as a “cancerous” influence.

Clarke chose not to focus on the story involving Arthur and Cricket Australia, but stressed that Australia are united under Lehmann ahead of the second Ashes Test against England at Lord’s.

“It’s great to have Darren Lehmann on board, he’s been outstanding in galvanising this team and bringing us together,” said the Australia skipper.

“I think we showed all the media and the public that over the five days playing in [the first Test in] Nottingham and we’d like to continue to show that at Lord’s in this second Test match.

“As a player Darren was a leader in the group when I was a young player coming in. He had the respect of everyone.

“He was a great fella, played his cricket very hard on the field and loves a cold beer – nothing has changed there.

“We are going to play his aggressive brand of cricket.”

Australia suffered a 14 run defeat in a thrilling first Test at Trent Bridge in Nottingham and will attempt to level the series at 1-1 when they face England in the second Test at Lord’s.