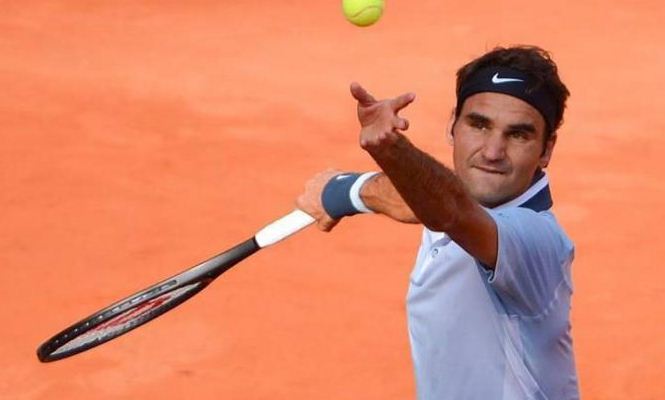 Roger Federer was pleased with his German Open victory over Daniel Brands in his bid to bounce back from Wimbledon disappointment.

Brands, who was celebrating his 26th birthday, won the opening set but the former world number one fought back to complete a 3-6 6-3 6-2 success.

Federer decided to compete in Hamburg after crashing out in the second round at Wimbledon as the defending champion to Ukraine’s Sergiy Stakhovsky, then ranked as the world number 116.

The 31-year-old’s exit at SW19 ended a run of 36 consecutive Grand Slam quarter-finals, or better, and saw him drop to number five in the world rankings – his lowest place in over a decade.

The 17-time major winner is keen to bounce back on the clay courts of Hamburg and Federer was pleased with his win over Brands.

“I think it was good for me to have a tough match like this and come through at the end,” said Federer. “Clearly these kind of matches are always important, especially losing the first set makes things difficult.

“You’re not allowed to make many more unforced errors in crucial moments and I was able to come through and play better as the match went on. That’s always encouraging for the next round.”

Federer will now take on Czech Jan Hajek in the third round, having received a first-round bye.

After the German Open the seven time Wimbledon hero is set to compete at the Swiss Open at Gstaad, with the tournament in his homeland set to begin on July 22.