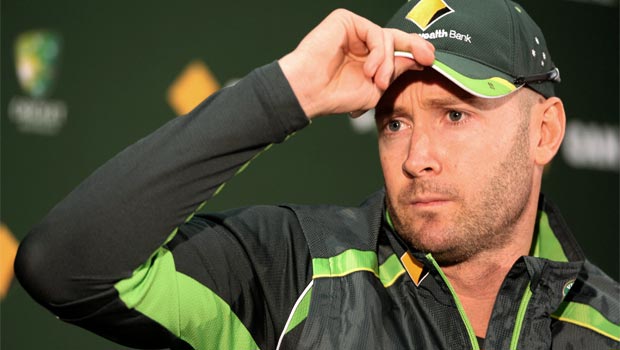 Australia captain Michael Clarke has been passed fit to lead his men in Thursday’s second Ashes Test in Adelaide.

The 32-year-old rolled his ankle in training earlier this week and there were concerns about whether or not he would be able to take his place in the side.

But, after opting to miss training on Tuesday, the New South Wales star made it clear that he fully fit and raring to go.

“The ankle feels fine,” he said. “I think not training yesterday gave me an extra day to make sure I was 100 per cent today, so I’m looking forward to tomorrow.”

England were also waiting on the fitness of star batsman Ian Bell as they look to bounce back from their first Test drubbing, and the Warwickshire man has also recovered from a bruised shoulder to take his place in the side.

Tim Bresnan is available for selection too after coming through an outing for the England Performance Programme side, and may well replace Chris Tremlett in South Australia.

That is by no means a given, however, with rumours that the tourists are considering playing two spinners, with Monty Panesar waiting in the wings to join Graeme Swann in the side.

That would be a huge risk, as it would heap further pressure on pacemen James Anderson and Stuart Broad but, after the way in which the Aussies dealt with the England seamers in Brisbane, they may just try to change things around on Thursday.

It looks set to be another feisty affair at the Adelaide Oval, with both teams refusing to give an inch in the war of words.